There is little doubt that many children who attend karate clubs are incredibly talented and show great promise. With perseverance and hard work, many of today's young karate students can grow up to become elite athletes.

Recreational karate tournaments help the parents and coaches of young karate students to recognize the strengths and weaknesses of the students, as well as providing valuable motivation for the students to keep working hard and improve their skills. Unfortunately, there are simply not enough competitions to meet the demands of karate students. It takes specialty training to run a karate tournament, and there are not enough people with the requisite knowledge, skills, and experience who can organize a professional tournament. It is undoubtedly challenging to run such event, with some organizers recognizing that it can be more difficult to organize a recreational karate tournament than an elite one.

Recreational karate tournaments are indeed special, and there are several reasons why. Firstly, karate tournaments are not a carnival or festival, but at times they can feel very close to one. In North America, the target audience of a recreational tournament is children aged between 5 and 16 years. Children in this age group are sensitive and vulnerable and require an entirely different tournament atmosphere than that of elite karate athletes.

It goes without saying that recreational karate tournaments for children should be safe, supportive, and fun experiences for all participants, regardless of their age or skill level. Awards should be given for even the smallest achievements, and children should expect unwavering support from their parents and coaches alike. Game elements can be used for younger competitors, while a positive competitive atmosphere can be created for teenagers, with plenty of support, recognition, and photo opportunities.

Overall, karate tournaments for children involve several psychological aspects, which must be borne in mind when organizing and running such events. Not only must the different age groups be taken into consideration, but the different mindsets of children and their parents must be catered for. There are some participants who understand that losing a karate tournament is an opportunity to recognize where their skills need improvement, giving them the chance to practice the areas that need work and work towards a better result at the next tournament. On the other hand, there are participants who - whether because of their own beliefs or those put upon them by their parents or coaches - believe that anything less than a tournament win is unacceptable. This is one of the primary reasons that some participants end up quitting karate altogether.

Recreational karate tournaments are so much more than organized competitions. They are events where children of all ages take their first steps toward learning how to interact in a competitive environment. A successful karate tournament experience for a child relies on the cooperation of coaches, parents, judges, staff, and administration to help each child have a positive tournament experience and receive the best results. This involves understanding the physical and psychological needs of each child while catering to different ages and skill levels within the tournament. Needless to say, this is not an easy task.

Tips from an Expert

Alexander Negaturov, highly experienced karate coach and the director of recreational tournaments in Odessa in Ukraine, shared his thoughts on the problems of judging recreational karate tournament on his popular blog. Noting that parents often don't understand the procedures and rules associated with judging a tournament, Negaturov admitted that corner judges can often make mistakes. However, referees have their hands tied by procedures and rules, and can sometimes make the wrong decision based on an initial error by a side judge. This makes it difficult for children and their parents to accept a wrong decision based on an initial mistake by a side judge and a resulting incorrect decision by a referee. The unfairness can understandably be difficult for children to accept, and such errors must be corrected.

Negaturov went on to explain his thoughts on how unfair decisions can negatively affect even the youngest athletes. In his opinion, many parents expect too much from their children at karate tournaments and an incorrect decision made by a referee can cause such children to fear to lose the encouragement and praise of their parents, along with losing the tournament. Taken at its highest, a child's future karate success can sometimes depend on the decision of the corner judges with less experience than the referee, which is why many coaches believe that it is better to sometimes forego procedures than to carry out an unfair decision.

He then gave some tips for the organizers of recreational karate tournaments based on his experience in running such tournaments for pre-schoolers since 1995. In his opinion, there are five rules that must be followed to ensure karate tournament success:

Solving the Problem of Poor Attendance

Thirdly, some coaches only allow their clubs to be represented at the karate tournaments in exchange for a kickback. Should organizers or clubs be unwilling to participate in such a dubious deal, everyone loses. The children miss out on the experiences and learning opportunities that they would have gained at the tournament, and the tournament itself loses out on additional competitors and financial benefits.

Another problem is the differences in rules that can apply from a variety of tournaments. Indeed, the rules by which a tournament will be run can directly affect the number of participants at the tournament. For example, the WKF (World Karate Federation) rules recognized by Olympic Committee are typically applied to sports karate tournaments, whereas tournaments that focus on the traditional aspects of karate can sometimes be based on other rules. It can be difficult for tournament organizers to invite specific groups and clubs to their tournaments based on the rules that will be in place. Also, there is no centralized database, which contains a list of all karate clubs, or an official set of statistics that reveal trends and preferences across different karate clubs.

Finally, poor attendance at recreational karate tournaments can often be attributed to financial difficulties. Organizing an open independent karate tournament can be an expensive exercise, and with almost no grants available and sponsorship opportunities rare, much of this cost falls on organizers. Independent tournaments require professionally trained staff, licensed judges, professional equipment with staging team, properly organized logistics, a comfortable and well-equipped venue in a good location, advertising campaign and many other expenses that can add up to one big cost.

If competitors aren't able to attend independent tournaments for any of the above reasons, organizers become discouraged from developing future tournaments. In a never-ending cycle, this provides even fewer opportunities for young karate athletes to develop their skills, and for many potential future karate champions, their talents and potential go unnoticed.

Karate Tournaments as an Industry 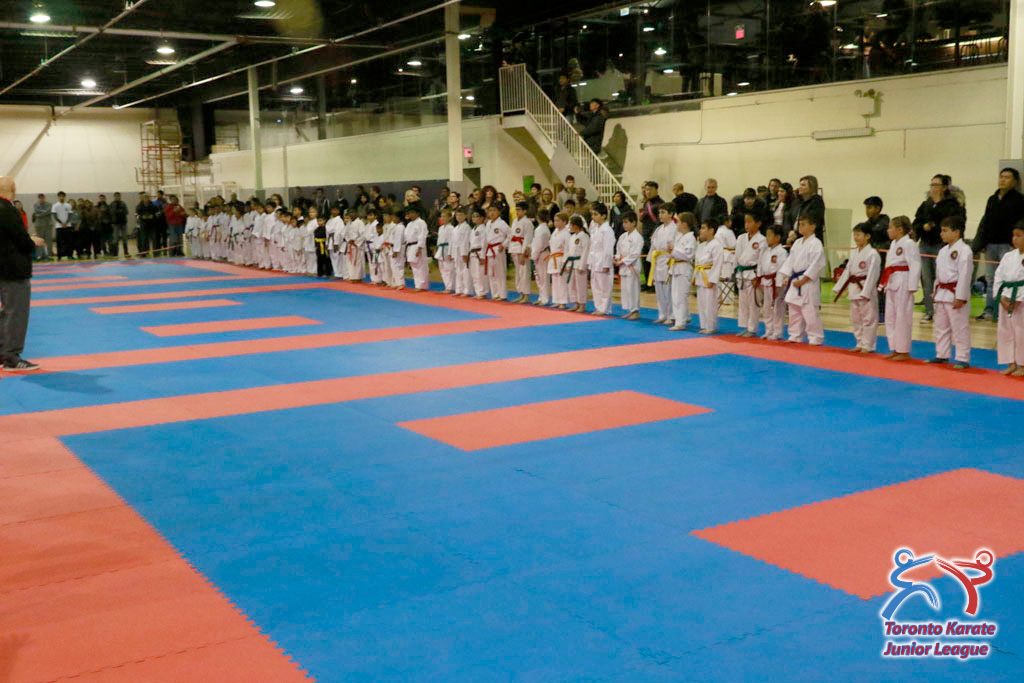 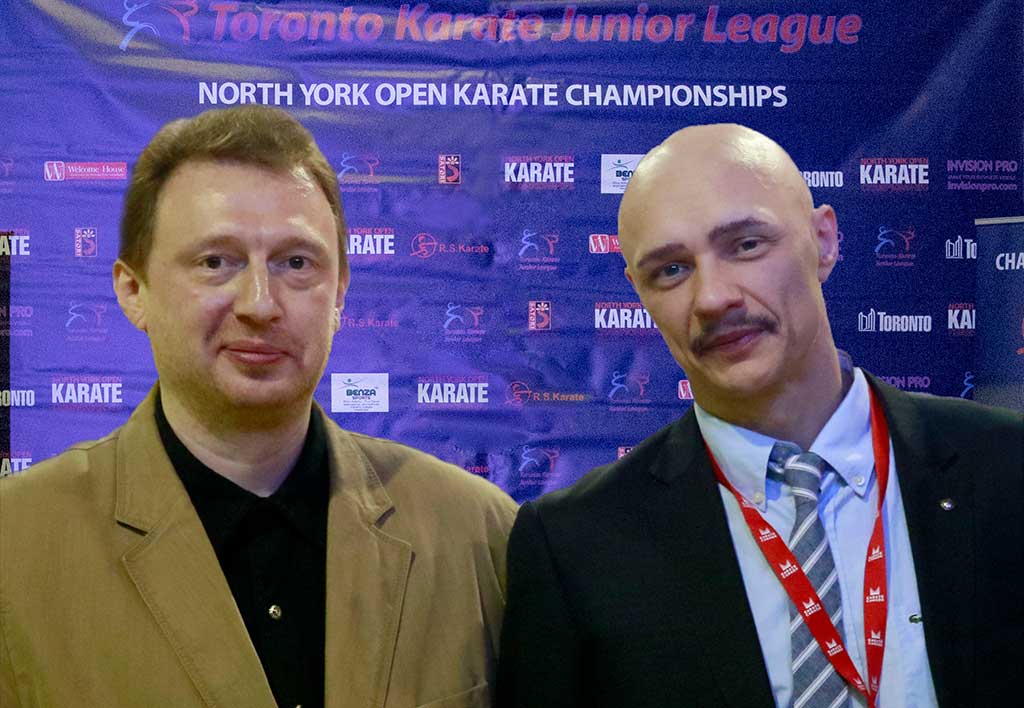 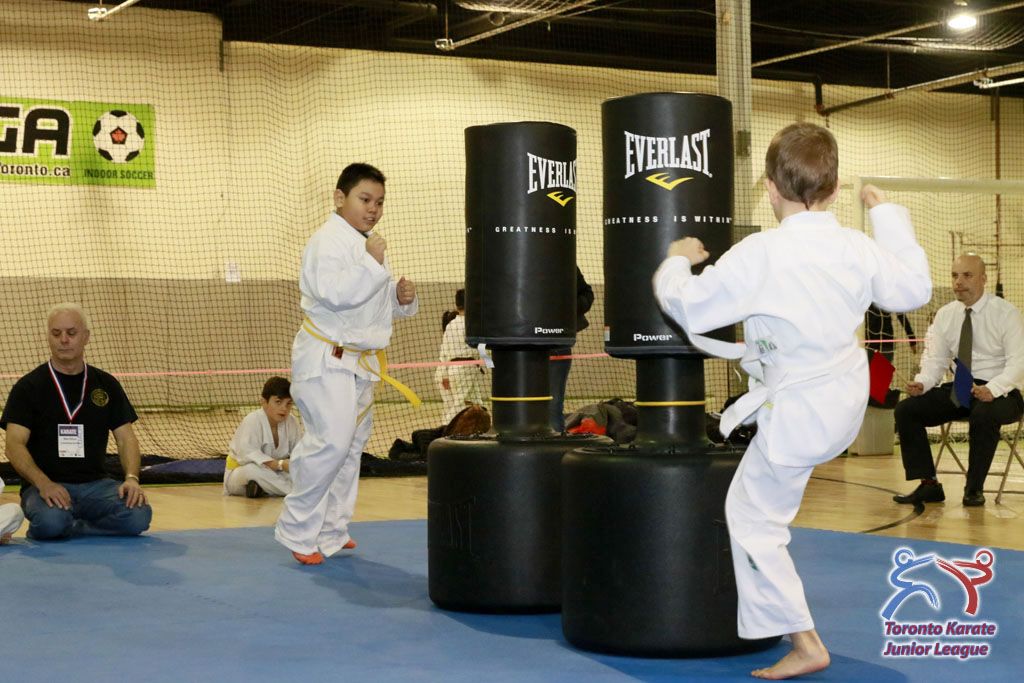 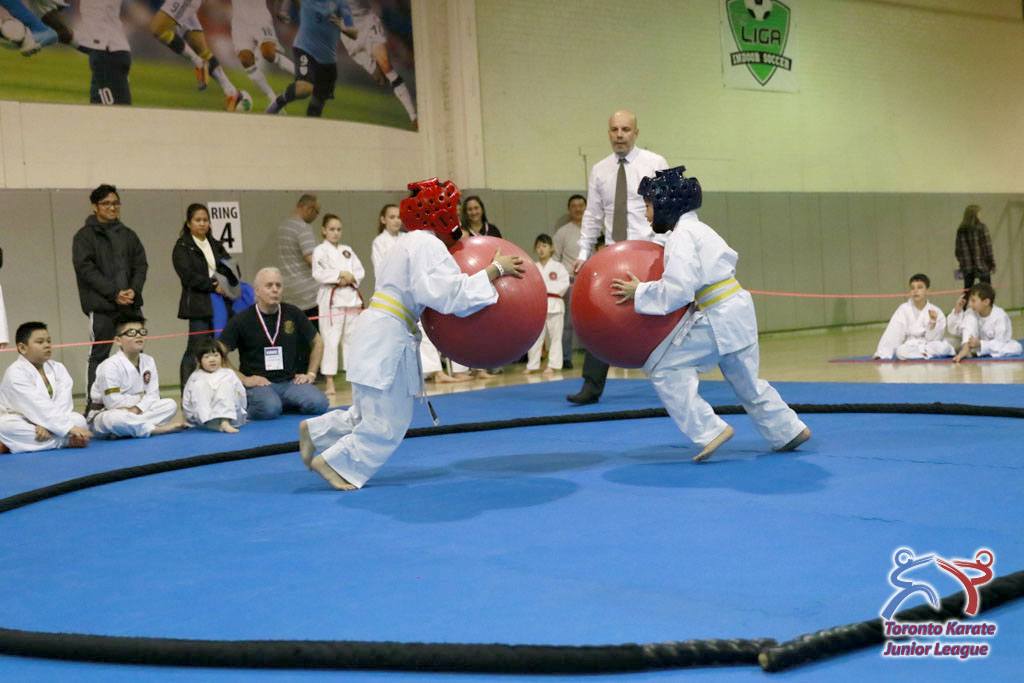 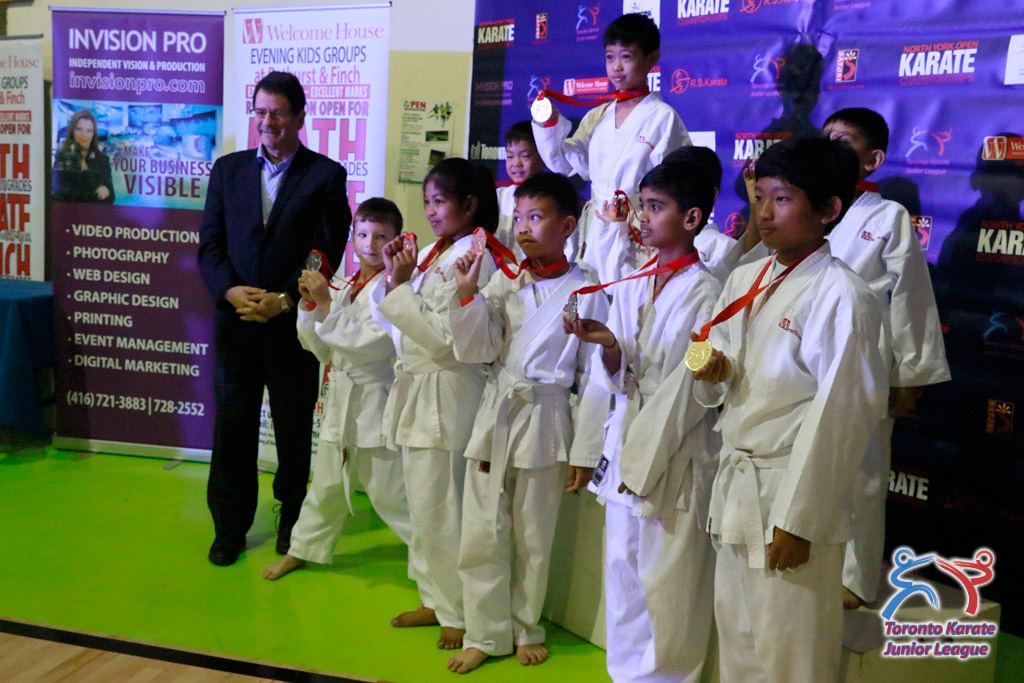 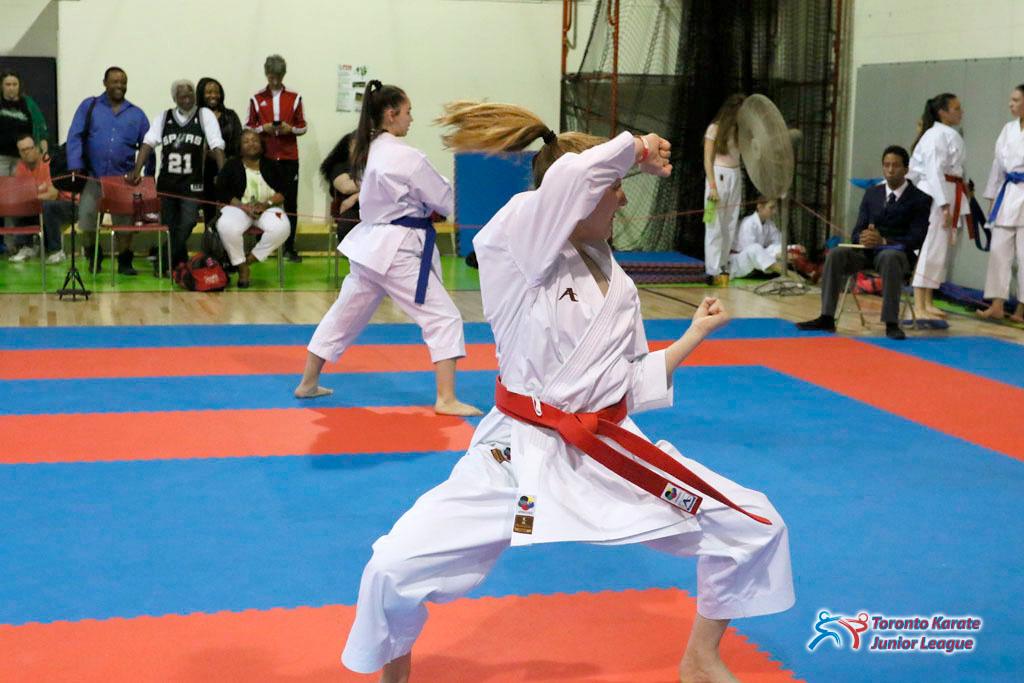 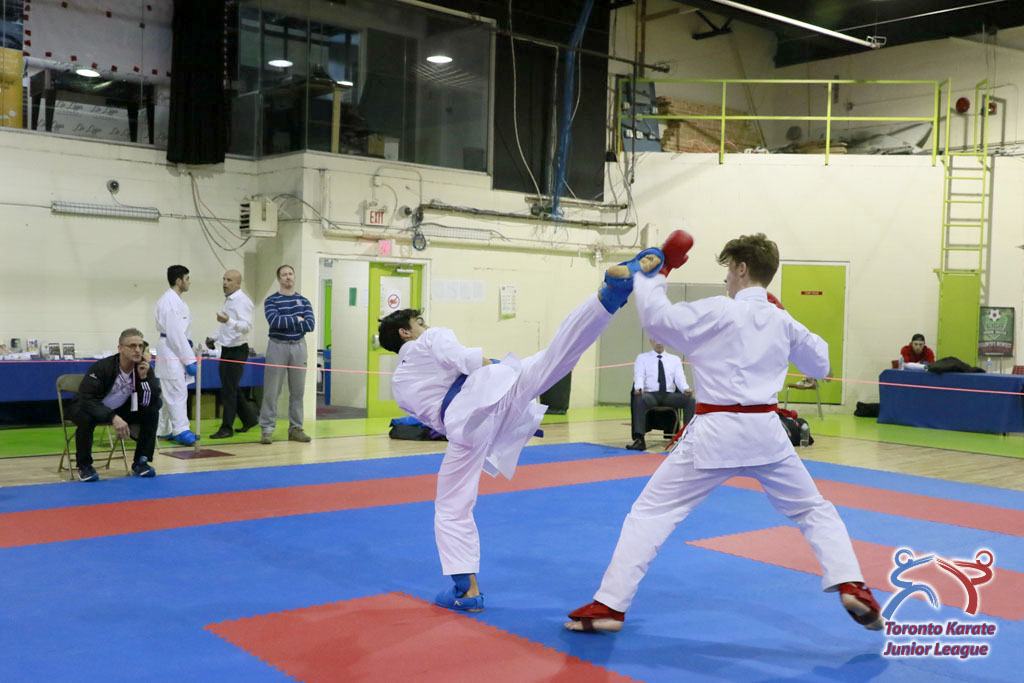 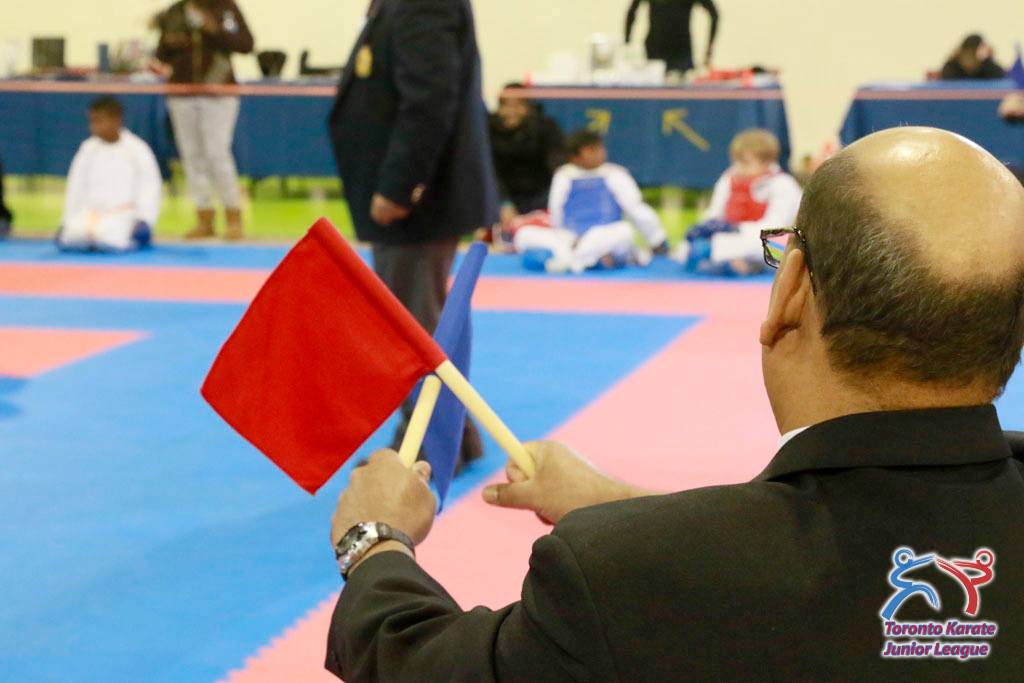 Toronto Karate Junior League Awards. In categories up to 7 y.o. each athlete receives a medal. 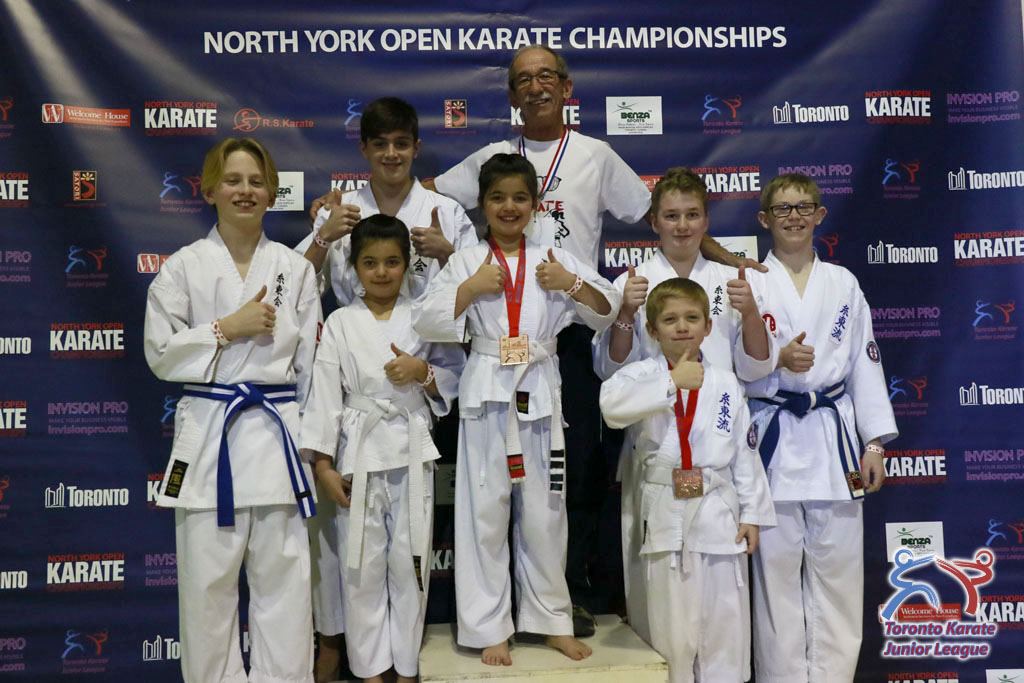 Toronto Karate Junior League. Accordingly to the tournament schedule younger competitors in the beginning of the tournament. 5-9 y.o. are waiting on the mats. 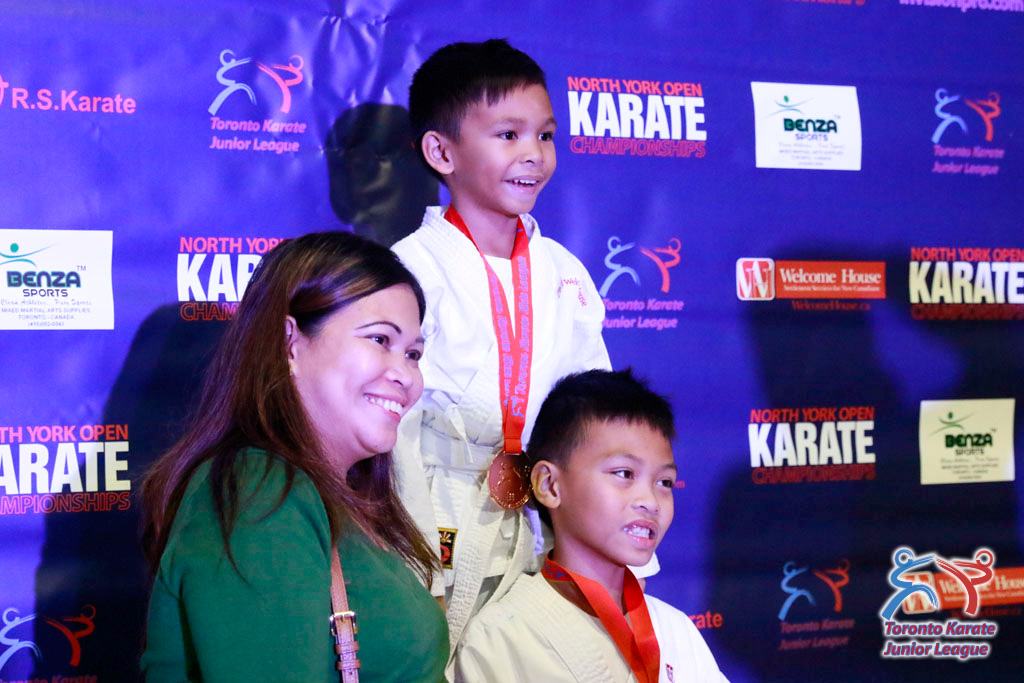 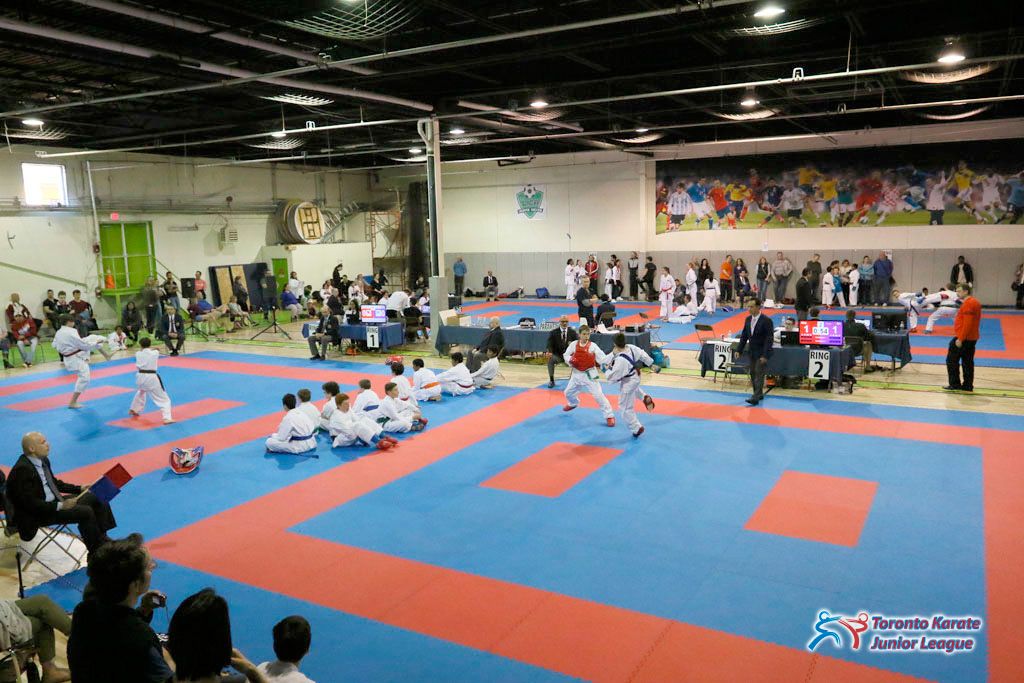 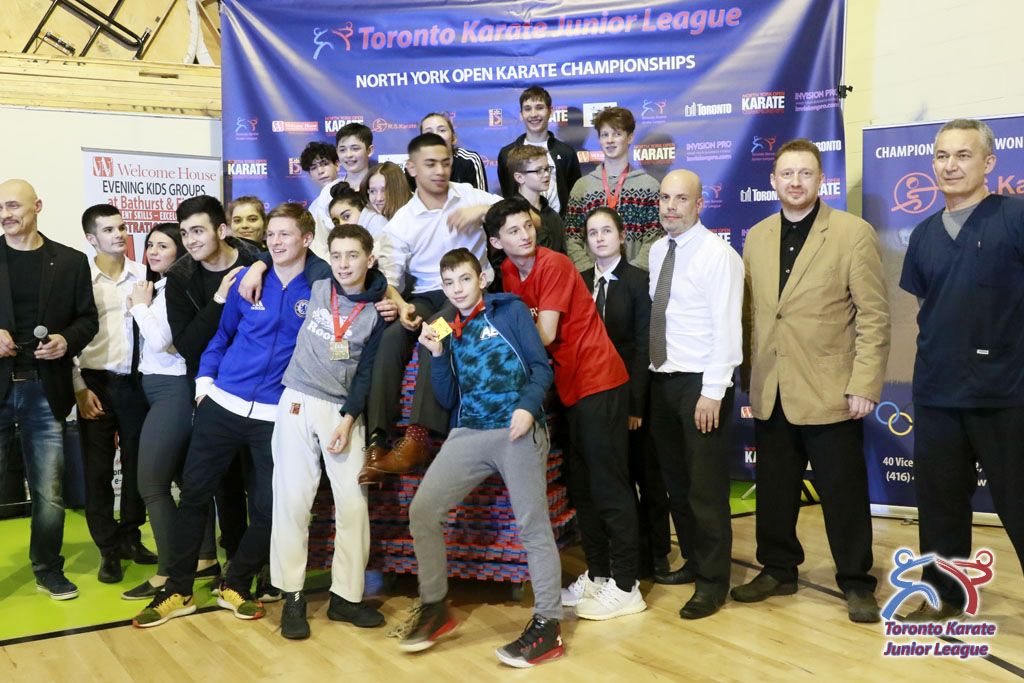 Toronto Karate Junior League. You need to have a small army to organize the event. 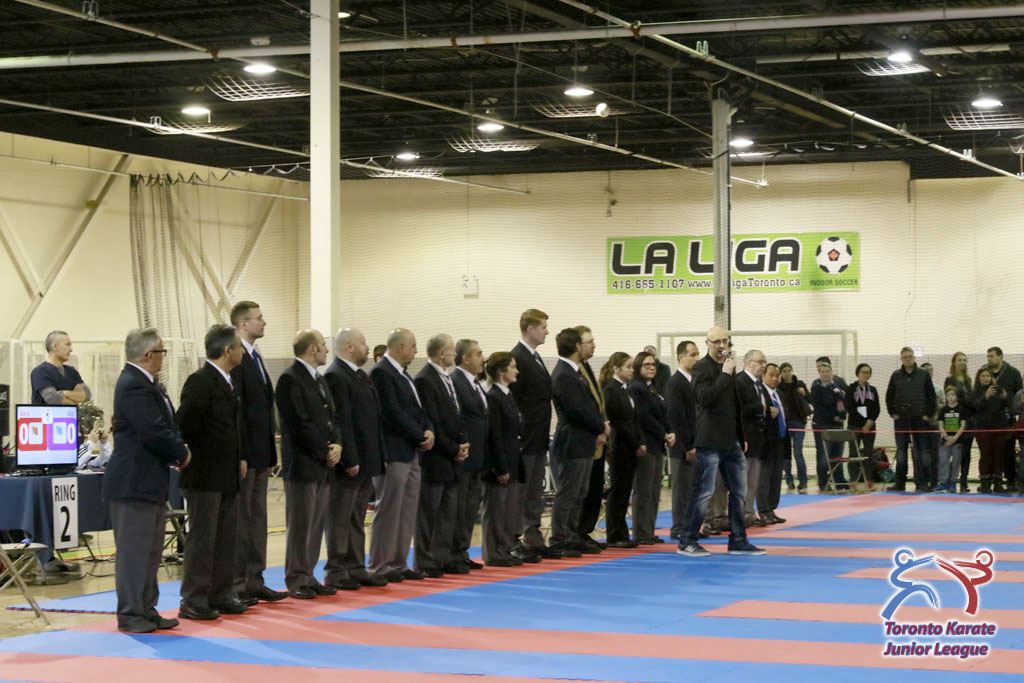 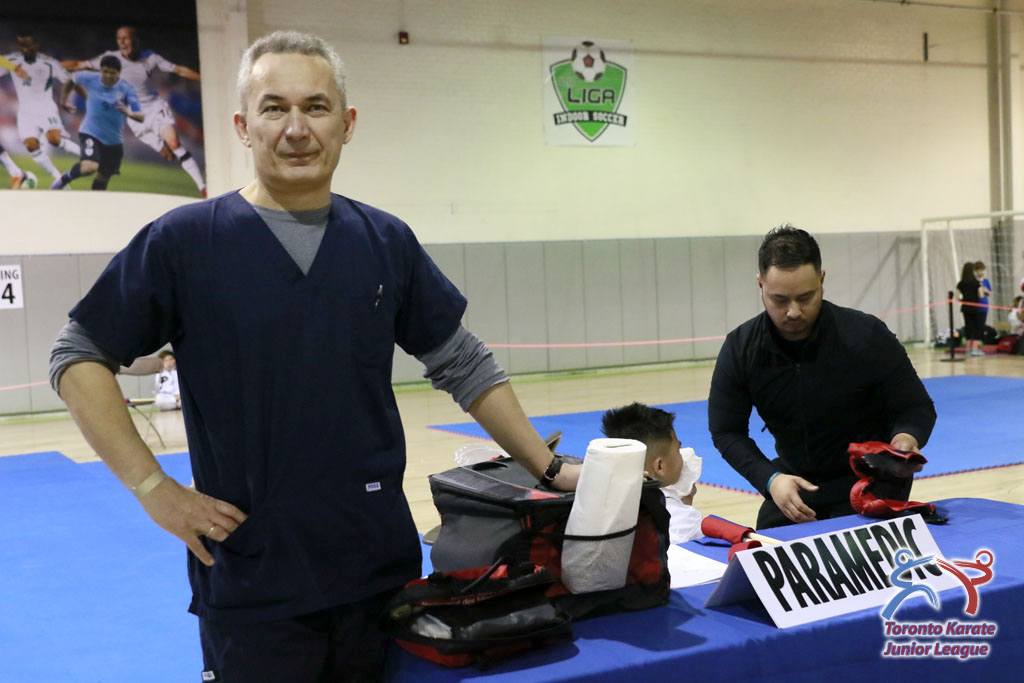 If you would like to know more about karate tournaments, please check out the documentary, "Karate in Ontario: the Uphill Battle. The Cost of Raising a Champion." This educational feature film takes a detailed look at karate tournaments and the real cost of raising a karate champion in Canada, while shining the spotlight on the benefits and uniqueness of karate practice.

And best of all, you can watch the documentary for free at Amazon Prime.

If you would prefer to have your own copy on DVD or Blu-ray disc, you can order it from here.

Take a sneak peek at what the documentary has to offer by watching our two official trailers:

Stay up-to-date with the progress of the documentary and learn more about karate in Canada on our Facebook page.