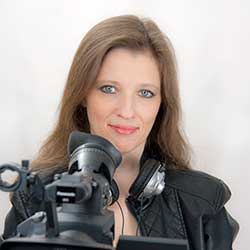 Maria is a director of INVISION PRO, a media company in Toronto, Ontario. Her background includes over 10 years' experience in journalism and the film and video industry as a videographer, journalist, film editor, short-story producer, and director of TV talk shows. Maria holds an MA in Arts and has created success stories and programs for the corporate world, broadcast television, and PR companies.

She produced an educational feature documentary titled Karate in Ontario THE UPHILL BATTLE ‘The Cost of Raising a Champion, which you can read more about in her first post. Give that project's Facebook page a Like/Follow, and feel free to connect with Maria on LinkedIn.