To Some of the Greats, Age is Just a Number

This season in the National Football League there is a buzz about how Tom Brady is still going strong at 44 years old and having won the Super Bowl once again this past February. But before singling out Brady as being special at his age, consider there have been many other players who played in their respective sport beyond the age of 40.

Some may have not reached the level of success Brady has but still, some men and women far exceeded Brady’s current age of 44. Going back in history and in Major League Baseball, Satchal Paige once took the mound for the Cleveland Indians at the incredible age of 58 years old. Although he only played in one game, he did survive three innings in that appearance, gave up one hit, and struck out one batter. His appearance came 12 years after his last pitching effort for the St. Louis Browns when he finished that season with a record of 3-9 but Paige struck out 51 hitters in 117 1/3 innings of work.

Staying with baseball, others who played past 40 were Barry Bonds (42), Pete Rose (45), Hank Aaron (42), Harold Baines (42), Roger Clemens (44), Gaylord Perry (44), Rickey Henderson (44), Carlton Fisk (45), Charlie Hough (46), Nolan Ryan (46), and Phil Niekro at an incredible performing age of 48. Interestingly enough, all of the aforementioned were great players, most of the members of the Baseball Hall of Fame or those who do not belong there.

Nolan Ryan, one of the greatest pitchers ever, appeared in 66 1/3 innings in his final year at the age of 46, and in those frames, he struck out 46 batters. That's the K'd percentage of nearly 70% of the men he faced. In 1983, Gaylord Perry, the spitball king won four games while losing four at the age of 44. Roger Clemens the fireballer also had a final even record in his final campaign going 6-6 while striking out 68 in 99 innings of work. 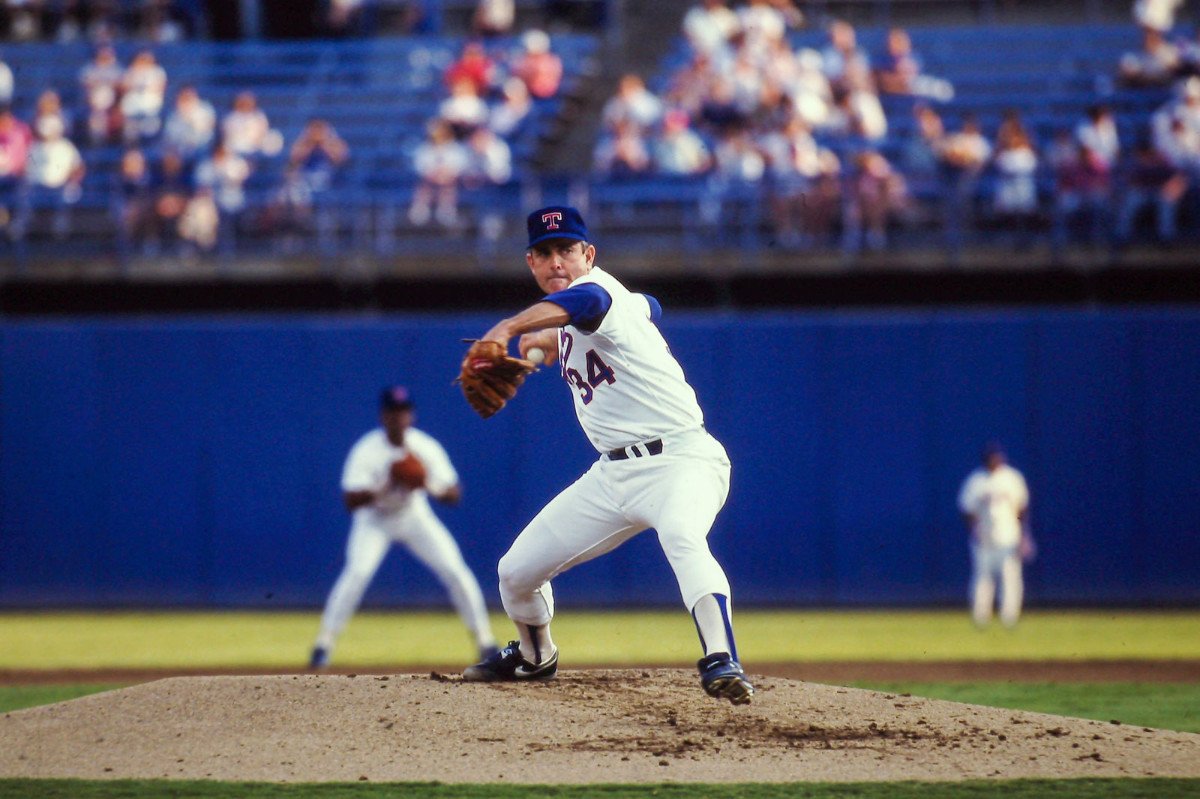 Even in his retirement season, Barry Bonds was still hitting the ball far, knocking 28 balls out of the park to extend his all-time home run to 762 something no other player may ever catch up to. Jamie Moyer had retired in 2010 when he was 47 but two years later the Colorado Rockies convinced him to unretire. Moyer should have stayed home. Posting a 2-5 record and an E.R.A. of 5.70 Moyer lasted just one season.

Brett Favre who was known as the gunslinger and threw 336 interceptions during his 20 seasons in the NFL went out with a whimper. Having left the Packers to play for the New York Jets, the retiring…unretiring…retiring Favre played his final two seasons in Minnesota closing the book on his career in 2010 by getting picked off 19 times in 358 pass attempts while calling the signals in 13 games eight of which his Vikings team lost. Favre was 41 when he hung up the spikes.

There are a handful of NFL players who took their careers into their 40s. They include Jerry Rice (42), Darrell Green (42), Vinny Testaverde (44), George Blanda (48), and Morten Anderson (47). Blanda, forever known as the “old man” in football, was a quarterback first then extended his career nine more seasons by becoming a placekicker with the Oakland Raiders where he retired in 1975. As a signal-caller, Blanda finished his career with 26,920 passing yards and 236 touchdown passes. But he also threw 277 interceptions. As a kicker, he was probably a better quarterback than a field goal kicker. Lining up for 639 field goals during his career he made just 335 just over half of his attempts.

Morten Anderson nearly matched Blanda’s age for staying on the gridiron, retiring just one year younger than was Blanda. But Anderson was the better kicker and played only that position. Anderson would finish with 565 good field goals on 709 attempts for a success rate of 79.7%. Anderson also only missed 10 PATs in 25 years of pro football. In his final season (2007) while not playing a full season, Morten Anderson missed only three field goals of his 28 attempts. He would not miss an extra point that year.

Arguably the best wide receiver in the history of the NFL, Jerry Rice called it quits in 2004 after 21 seasons finishing with two teams, the Raiders and Seahawks. He would haul in 30 passes that final season for just 429 yards but his career total of 22,895 tops all others by a large margin. As for Vinny Testaverde, humorously known to Steelers fans as Vinny “Intercept-averde” in fact led the NFL in interceptions thrown four times in his 21-year career. His high was 25 in 1988 while playing his sophomore season with the Tampa Bay Buccaneers. For the most part a career journeyman, Testaverde lasted until the age of 44 playing for seven different teams, most of them with the Jets (7 seasons) and the Bucs (6 years).

In the National Basketball Association, Kareem Abdul Jabbar the all-time points leader played until he was 41. Robert Parish played on the hardwoods until he was 43 but his final season in 1996-97 saw him starting just three games and appearing in only 43 for the Chicago Bulls. Dikembe Mutumbo also went out with a whimper playing his last season at the age of 42 for the Houston Rockets and appearing in just nine games starting only two. Then there is the interesting case of WNBA’s Nancy Lieberman who began her pro career in 1997 with the Phoenix Mercury and then abruptly retired, never starting a game that season in 1997 but playing in 25. Nine years later she would return to the Detroit Shock to play at the age of 49 but in just one game. She had one field goal attempt and her professional career was over.

Just recently Evander Holyfield attempted to fight again in the boxing ring taking on former MMA fighter Vitor Belfort. Holyfield came to the match at 58 years old just 30 days removed from turning 59. That in itself made this bout a joke. A joke was as Belfort knocked out the former light heavyweight champion and heavyweight champion in one round. Former fighter Saoul Mamby did one better fighting at the age of 60. 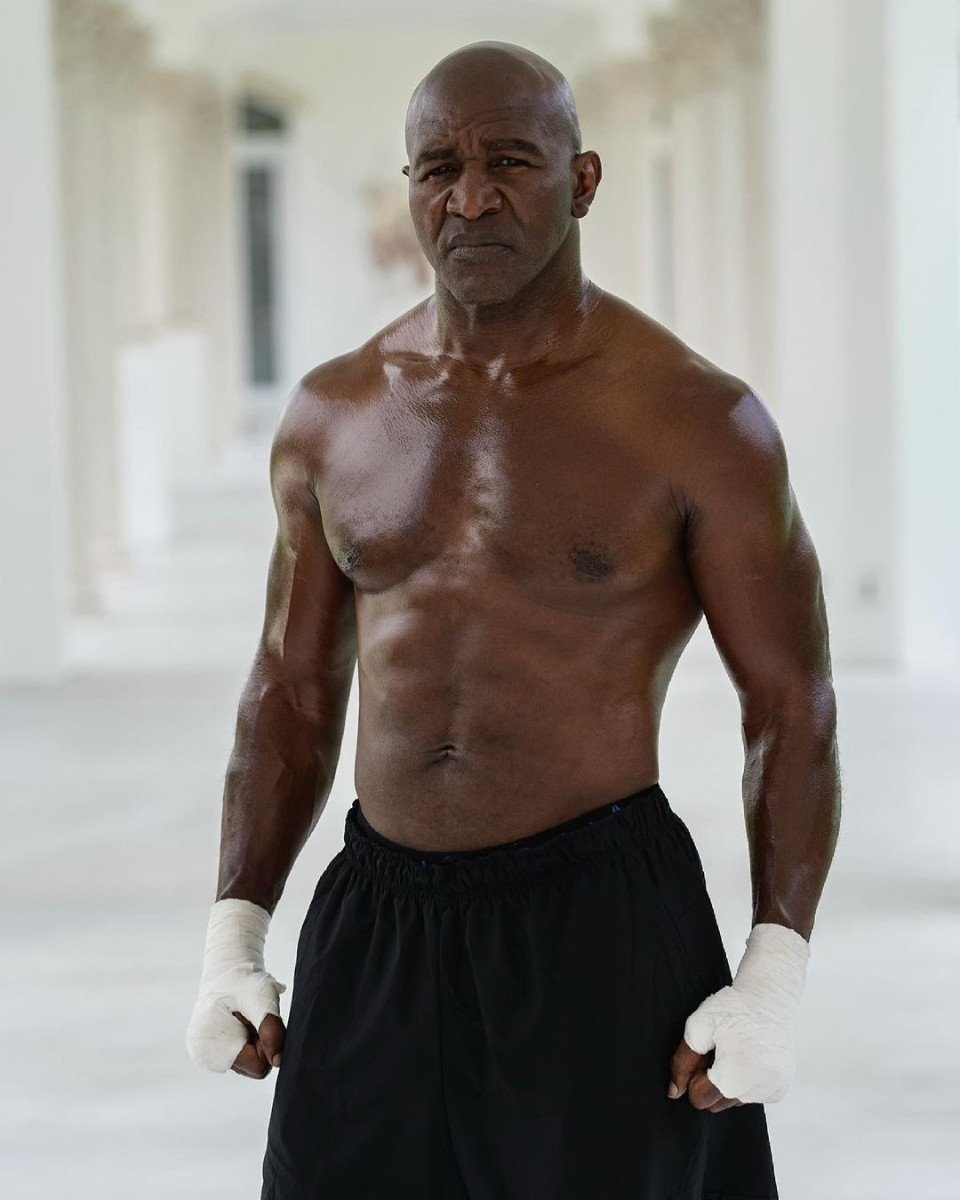 One of the most eye-opening pro boxing performances by an “old man” had to be that of George Foreman, the former heavyweight champion who came back to the ring and fought until he was nearly 49 (two months shy). Not only did Big George make a comeback but he won the world heavyweight title beating Tommy Morrison by the decision to win the WBO’s belt then one fight later shocked the world with a 10th round knockout of WBA/IBF champion Michael Moorer.

One last boxer worth mentioning is Bernard Hopkins. At 51 years of age, Hopkins fought in his 67th professional bout losing his second straight match this one to Joe Smith Jr by TKO. He had previously lost a unanimous decision to Sergey Kovalev. But Hopkins had a fantastic career reigning as an undisputed middleweight champion as well as the lineal light heavyweight champion. During one stretch, Hopkins defended his middleweight belt 19 times facing 17 different opponents. In 67 fights Bernard Hopkins lost just eight times and finished in a draw twice.

Let’s turn our attention to professional tennis where Martina Navratilova played Wimbledon at the age of 50. Over in the NBA, Dikembe Mutumbo played until he was 42. The great Gordie Howe took to the ice at 52 in the NHL and for one game in the International Hockey League at the amazing age of 70. In Mixed Martial Arts, former champion Randy Couture competed in a bout while being 48 years of age. Although her WNBA career was very short, Nancy Lieberman took to the hardwoods at the age of 50 for one game.

Finally, while some may not consider bowling a real professional sport, it is and does make lots of money. When Carmen Salvino played for the last time he was 84 years young. A former two-time major champion in his sport, Salvino won 17 other championships. Throughout his career, Carman Salvino has rolled 105 perfect 300 games.