Not Everything is About Winning 27 World Series

The 2021 MLB season is now halfway done and for the first time, New York Mets are exciting. The change in ownership has signified a new chapter in Mets baseball. Now that the Wilpons are gone, franchise owner Steve Cohen has focused on building a winning culture. That seems to be paying off as the Mets as of July 17, 2021, are in 1st place in the NL East Division. Still, the legacy of ineptitude by the Mets permeates the thoughts of every baseball fanatic especially when compared to their older brothers in the Bronx. I want to ease those worries with a list of the things that the Mets have surpassed the Yankees in. It is time to defend the Mets.

The Mets have had more diversity than the Yankees.

Throughout the Mets’ history, the team has made significant steps to diversify the franchise in ways the Yankees have faltered. As the Mets came into fruition in 1962, the color barrier, in its most extreme form, was extinct. The 1962 team assembled an integrated team with Al Jackson, Choo-Choo Coleman, and Elio Chacon. The Yankees, having existed prior to 1948, were steadfast in refusing to integrate the team. Vic Power can attest to that. That is not to say the Mets have been color-blind. Former Mets GM Donald Grant humiliated Cleon Jones in public for his affair with a white woman. The Yankees have a history to denying non-whites spots on their rosters. The Mets do not.

The Mets show a greater willingness to hire minorities for managerial or executive positions. In a sport that has had long-standing problems to diversify, this is a relief. Willie Randolph was hired by the Mets in 2005; becoming the first Black manager in the history of New York City professional baseball excluding managers of Negro League teams who played in NYC. It is ironic considering that Randolph, with his status as a beloved Yankee second baseman and a respected coach, would be given his big break as a manager in Queens. After he was canned, Jerry Manuel became the Mets’ manager from 2008 to 2010. Two Hispanic managers, Carlos Beltran and Luis Rojas, have been hired by the Mets. Former Mets GM Omar Minaya is the first, and as of 2021, the only Hispanic General Manager in NY professional baseball history.

The Mets have developed the greatest New York pitching prospect in history.

Tom Seaver is the Mets' Babe Ruth as he immediately raised the profile of the Mets in the same vein the Bambino did for the Yankees. His election into the Hall of Fame does not scratch the surface of how dominating he was. Out of the top career WAR pitchers, he is number 7 with a WAR of 106. What is even more impressive is that he is the only pre-1947 pitcher aside from Roger Clemens to be ranked that high. But unlike Clemens, Seaver does not have an appetite for underage girls.

The Yankees do not have a homegrown pitcher of Seaver’s caliber in their history. Whitey Ford, the Yankees’ greatest homegrown pitcher, has a career WAR of 56.9. Ford had only one CY Young to his name and that came 12 years after he debuted. On the other hand Seaver won his first Cy Young at the age of 24 (his first of three awards); his third year in the majors. Seaver is simply better than any New York homegrown pitcher.

The Mets have developed the greatest two-punch duo in NY since the 50s.

FiveThirtyEight has an article detailing the impact Dwight “Doc” Gooden and Darryl Strawberry had on the Mets in the 80’s. These Mets teammates are the “20th-most-productive pair of teammates under age 26 in baseball history.” NYC had not seen this deadly combo of young baseball players since the 1958 season of Mickey Mantle and Andy Carey. Not even Derek Jeter and his teammates of the 90’s accomplished this milestone.
Success in the 80s.

The 80’s is a decade in which baseball talent escalated. Teams that had struggled previously found new success thanks to free agency. The Yankees of the 80’s saw only one World Series appearance despite having the best record of that decade among any other MLB team. Columnist George Will in Ken Burns' Baseball documentary said it best when explaining that the Yankees had “a cash flow that you would think would finance excellence even if you weren’t real smart." The 1986 Mets won the World Series with drug addicts, future convicts, and a jokester in Jesse Orosco. So much for "Yankee tradition" being the only way to win.

The Mets are the only NY team to appear in a World Series in the 2010’s.

The 2010s Yankees spent more than $2 billion dollars according to the Wall Street Journal and failed to make a single World Series appearance. The Mets spent approximately $1,227,818,833 on their opening day payrolls and made the World Series in 2015. That is almost $1 billion dollars less; much more effective money management if you ask me.

The 2010’s is when the Mets homegrown pitching stars ruled the NYC spotlight. Matt Harvey, Noah Syndergaard and Jacob DeGrom were the main attractions. While Harvey fizzled out for various reasons, DeGrom became among the most dominant pitchers of the decade and Syndergaard was a reliable starting pitcher when he was healthy. The Yankees have failed to find their niche in the pitching department of their farm system. Two of their biggest pitching stars for the 2010’s were players from outside the organization; CC Sabathia and Masahiro Tanaka. No Yankee pitcher has claimed the Cy Young since Roger Clemens in 2001. The Mets of the 2010s have 3 Cy Young winners, DeGrom having two and R.A. Dickey having one. While the signing of Gerrit Cole ensures that the Yankees have an ace, Cole became a superstar when he was with the Astros. 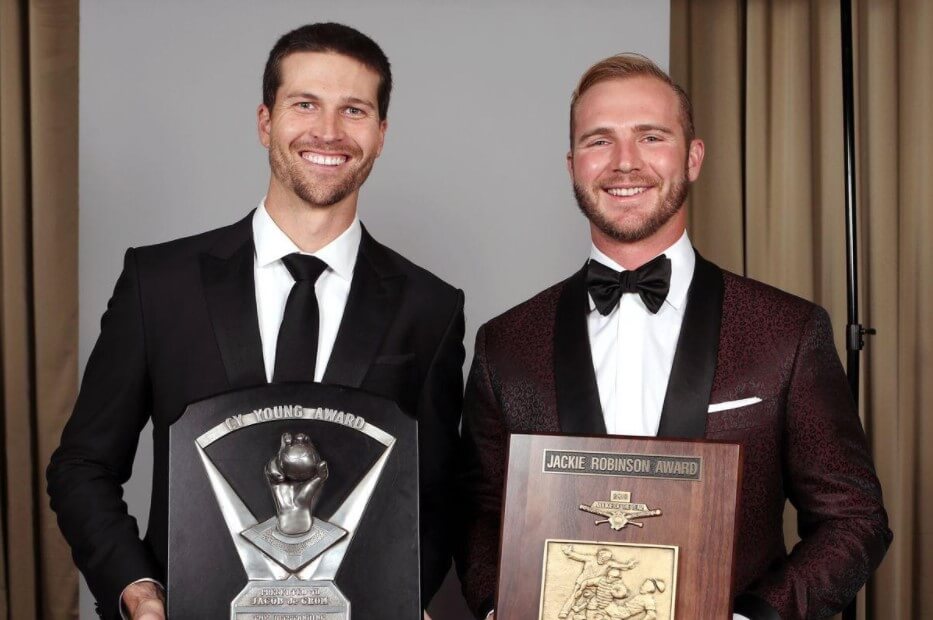 To further exemplify how the Mets' pitching stars beat their AL counterparts, I will compare DeGrom to CC Sabathia. Sabathia's best Yankee season by WAR standards (6.4) is below Jacob DeGrom’s two best Mets years (9.9 in 2018 and 7.6 in 2019). To conclude, the Mets have been able to harness better talent for their starting rotation through the farm system then the Yankees have bought or grown this decade.

The word “collapse” brings fear and anger to sport pundits everywhere. No team wants to be the subject of losing games in an epic fashion. Their fans likewise do not want to be laughed at supporting those very same teams that fail. The Mets are no strangers to losing horrifically. The 2007 and 2008 seasons are monumental because the Mets blew a 3.5 lead in the NL East division with only 17 games left to play and failed to make the playoffs. No other team has accomplished that in consecutive seasons. The failures of those seasons brought on a new age of bad baseball for the Mets. Still, the Mets should be relieved that they have never suffered a collapse as the likes of the 2004 Yankees. That loss was worse than the Mets prolapsing in the final days of the 2007 and 2008 seasons. Why was this the case?

Not only was the 2004 comeback a historical first, but it also propelled changes in the game itself. The odds of the Red Sox winning the World Series after being three games down in the ALCS were 120-1. To come back and force a game 7 after being three game downs in a best-of-four game playoff series would be a first in history. The most recent team at that time to try to accomplish that feat was the 1999 Mets in the NLCS.

The comeback ended the Yankees reign of dominance over New England, it propelled sabermetrics to new heights, and it enabled other teams to find success in ending their own playoff droughts. Since 2004, the Yankees have failed to defeat the Red Sox in the postseason, something that would have been unheard of prior to 2004. The Red Sox found more success with winning World Series titles than their New York rivals; obtaining three titles to the Yanks’ one title. When the 2004 Red Sox team walked onto the field, the front office had already begun hiring sabermetrics analysts to advise the team on player signings and development.

Statistician Bill James and others like him had been writing about new statistics and philosophies for years and had gained acceptance by a few ballclubs prior to 2004. Despite their efforts, the mainstream MLB community had derided them; claiming that their work was nothing but nerds trying to dictate a game they had no idea how to play. The 2004 Red Sox’ World Series win was enough proof that their methods could work.

In essence, the Yankees collapse of 04’ was not only a shocking moment that likely will not be repeated for many years to come, it changed the fortunes of long-suffering franchises.

What is also surprising is the Yankees are the only team in major league history to blow two playoff series when leading by at least two games and needing only one game to clinch the respective series. We know that the 2004 AL Championship Series is one of those examples. The other? The 1995 AL Division Series.

These are the reasons as to why Mets fans should hold their heads high when getting into arguments at the NYC bars with Yankees fans. Sometimes the best victories are in the smallest details.

My name is Bradley Horowitz and I'm a huge baseball fan. I enjoy learning more about the game's history and stats. I am an aspiring law student. I enjoy writing about various topics and making good arguments for them. I am a Yankee fan.