The days of Charlotte legends Alonzo Mourning, Glen Rice, Baron Davis, Gerald Wallace, and Kemba Walker are long gone. Since the new ownership of six-time champion Michael Jordan back in 2010, the franchise has been a complete mess. With a barrage of poor draft selections and sub-par player development. Charlotte has only seen a winning season twice in the previous ten years. Charlotte looks to have a clean slate once again, still in the rebuilding process. The squad looks to younger players for the upcoming seasons. With departers of long-time Hornets such as Michael Kidd-Gilchrist, Marvin Williams, and Kemba Walker in the past couple of seasons. A new phase of Charlotte basketball is here.

Starting out guard Devonte’ Graham came out of seemingly nowhere having a much improved season from the year before. As a rookie in the 2018-19 season, Graham only played an average of 14.7 minutes a game recording an average of 4.7 points, 2.6 assists, 1.4 rebounds, and half a steal, far from an impressive stat line. This past season Graham’s performance turned many fans' heads with an incredible second-year jump. In year two Graham improved to 18.2 points, 7.5 assists, 3.4 rebounds a game. His shooting numbers rose from 28% percent to 37% from behind the arc and 34% percent to 38% from the field. Caught the eyes of many puts him in consideration of an All-Star appearance. Graham stepped up in being an incredible replacement for Kemba Walker. Already Graham is performing better than Walker at his age. Therefore, bringing a lot of buzz to Queen City. Last season Graham had four 30 plus point performances including multiple game-winning shots, exactly like Walker did in Charlotte for many years. 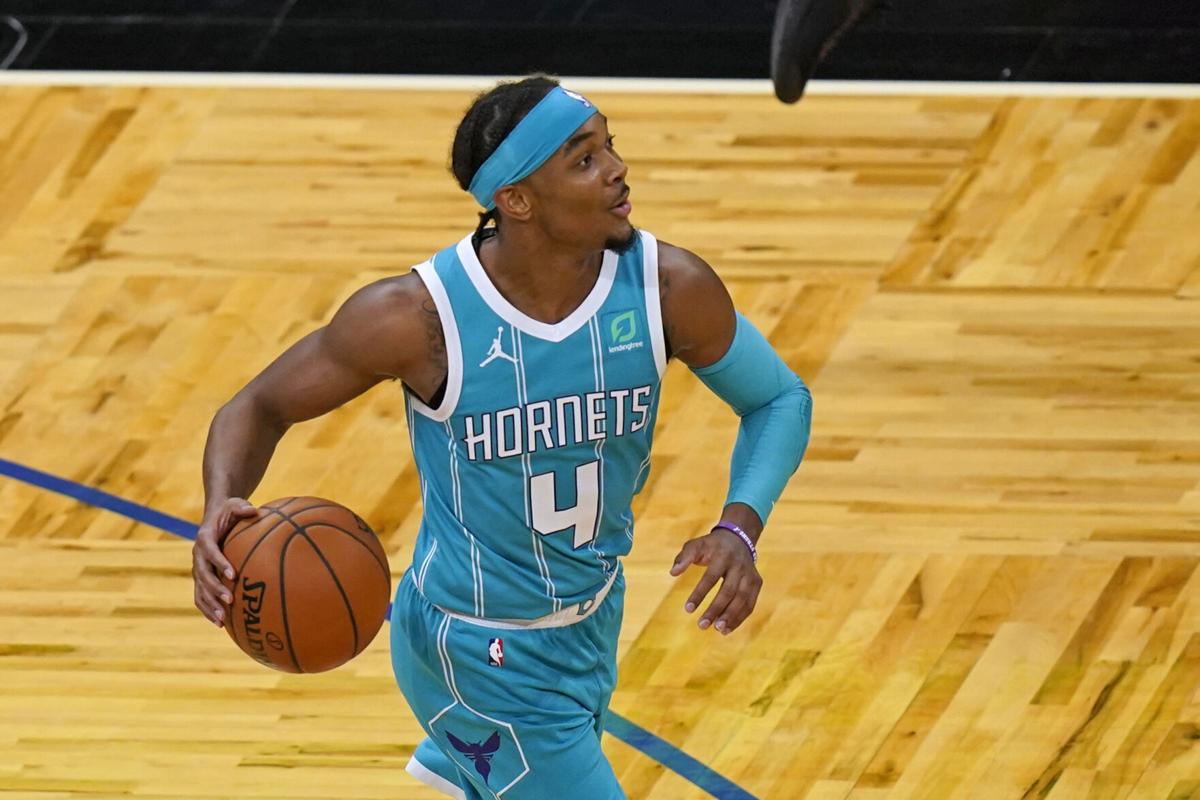 I believe if Graham can play well consistently, continue to improve his mid-range shooting and defense, he can become a great contributor to the team. A spot on the All-Star team is definitely reasonable if he can keep on improving. A late second-round pick and an undersized guard will continue to prove doubters wrong, making a name for himself in the league. Snubbed from being a Most Improved Player of the Year finalist, Dallas Mavericks MVP candidate tweeted “Take me off the list and put [Devonte’ Graham] on here. I don’t deserve to be on here” in response to the announcement made by the NBA. A great amount of respect by peers tells only part of the story of how great Devonte’ Graham is as a player. At 25, Graham has plenty of years left in the tank. The future's looking good for Charlotte and Graham alike for years to come. 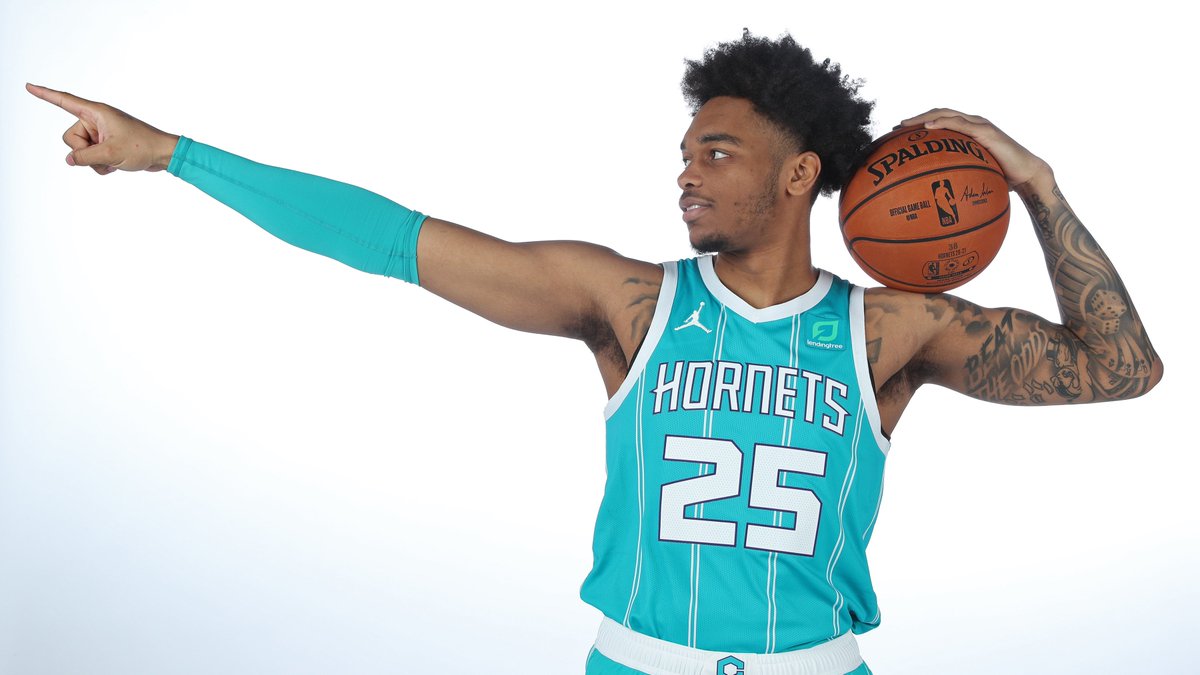 Alongside Devonte’ Graham, another youngster for Charlotte is forward P.J. Washington. Washington was drafted in the first round of the 2019 NBA Draft coming out of the University of Kentucky. Washington has great size, a solid defender, and a willing ball-handler who can play the three or the four. Washington wrapped up his rookie season with an average of 12.2 points, 5.4 rebounds, 2.1 assists and nearly a block a game. While shooting a steady 45% percent from the field and 37% percent from deep. Washington really showcased his shooting ability in his first game, scoring 27 points with shooting 7-for-11 from the three-point line in a win against Chicago. An impressive 63% percent shooting from three, breaking the all-time NBA record of most three-pointers made by any rookie’s debut. Only taking three quarters to break the record from the jump hype was surrounding the potential of Washington. This set the pace for Washington for the rest of the season, with an impressive rookie season Washington looks like he will land a spot on the All-NBA Rookie Team for the 2019-20 season. Washington showed up big for Charlotte this past season starting all but one game all season remaining mainly healthy all season.

One thing's for certain: Washington can make a difference on this young Charlotte team. He’s got to continue to improve as a player, especially in the rebounding department and free throw shooting. Quality defensive play at the three has been common for Charlotte in years past with Forward Michael Kidd-Gilchrist. Consistent good defense always makes a difference in such an offensive driven league. It would be huge if he could provide that for Charlotte. Lockdown defenders are becoming less and less common in the league with younger players. This is where Washington can separate his game from most in the NBA. His good ball-handling and great shooting can open the door to lots of possibilities for this young Charlotte team. We’ll see how coach James Borrego does with Washington next season. I believe Washington at age 22 has plenty of potential to become a star player in the league for me, it’s a matter of when. Charlotte needs to put plenty of work in with him to increase his progression, to become a star talent for Charlotte as Washington is a centerpiece of the team. 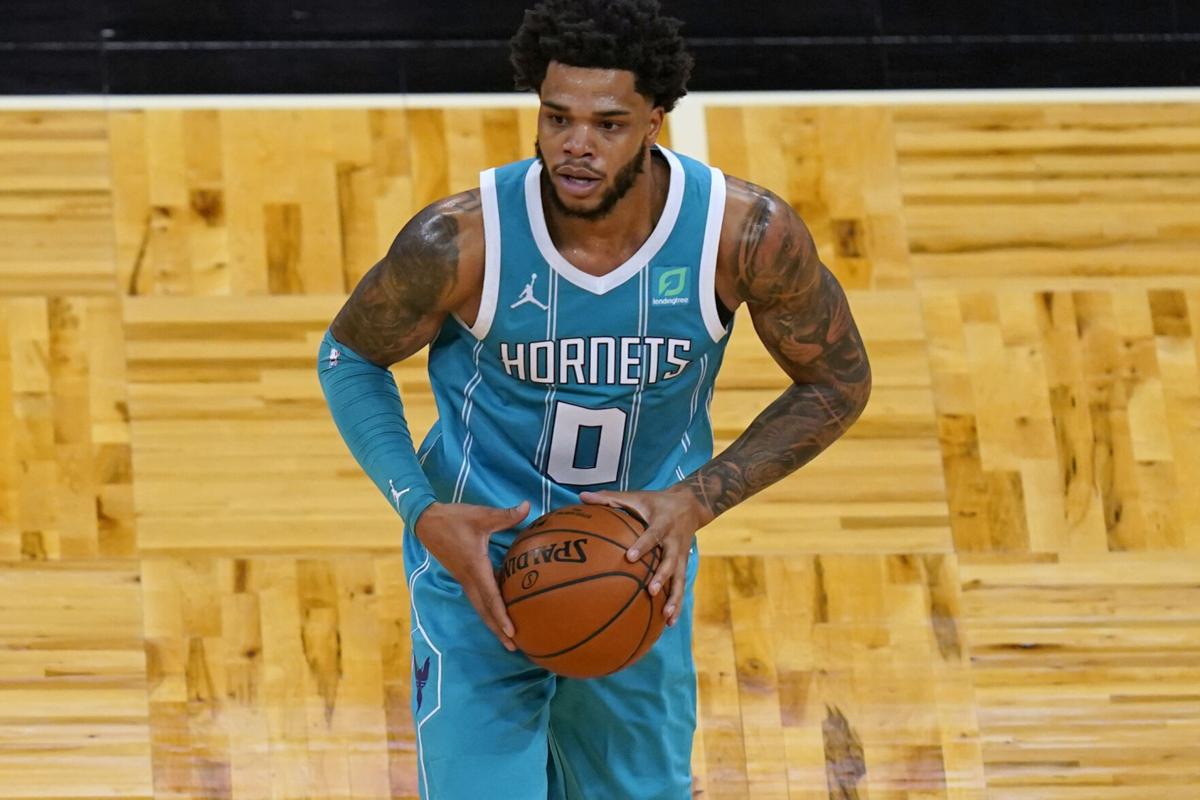 The next player of focus is Miles Bridges, a high flying, flashy forward with great athleticism. Drafted by the Los Angeles Clippers on draft night in 2018, Bridges was traded to Charlotte in return for Shai Gilgeous-Alexander. In Bridges’ rookie season, nothing much jumped off the page as he had a slow start in Charlotte. Bridges tallied up 7.5 points, 4 rebounds, and 1.2 assists on average as a rookie while averaging 21.2 minutes a game with 25 total starts. He shot well from the field that season with 46% percent shot, only attempting an average of 2.5 threes a game. Which is unusual in this day and age of the three-point shooting era? An issue for Bridges is defense not even breaking a block or a steal a game had to be improved on. In year two Bridges saw more playing time jumping from 21.2 minutes a game to 30.7 average. Which saw Bridges double his points to 13 a game and improved to almost six boards a game. He also improved on his free throw shooting and three-point percentage. Bridges is a slashing three and slightly undersized at 6’6” improving his three-point shot needs to continue rising. Last season Bridges nearly matched his turnovers with assists as he had 1.8 assists a game and 1.5 turnovers. Better ball handling would help the team at his position. Thankfully Bridges' athleticism creates plenty of opportunities on the offense and finishes well around the rim.

Right now Miles Bridges is an oddball for Charlotte. Partly because of the past flops in athletic wings in years past with Malik Monk and Michael Kidd-Gilchrist. A position Charlotte struggles to develop time and time again. Hopefully, he can turn things around for the better. With more playing time coming his way, hopefully, he’ll get more opportunities to grow as a young player. Honestly, at this point, I see Bridges like Terrence Ross, an athletic wing who can play consistently and will have a couple of good games but can hardly break the ice. My expectations for him are low, unfortunately just because of what I’ve seen in years past. If Bridges cannot develop a confident deep ball or quality defense, I see little outside of an average starter or a six-man if things don’t turn around soon. But at 22 years old he’s got time and as long as he stays healthy Charlotte should find out what to do with him. His athleticism would carry over greatly to the defensive side of the ball if he can improve on the perimeter. As I said, Bridges has time. Let's find out what Charlotte does with him, hopefully, something great! 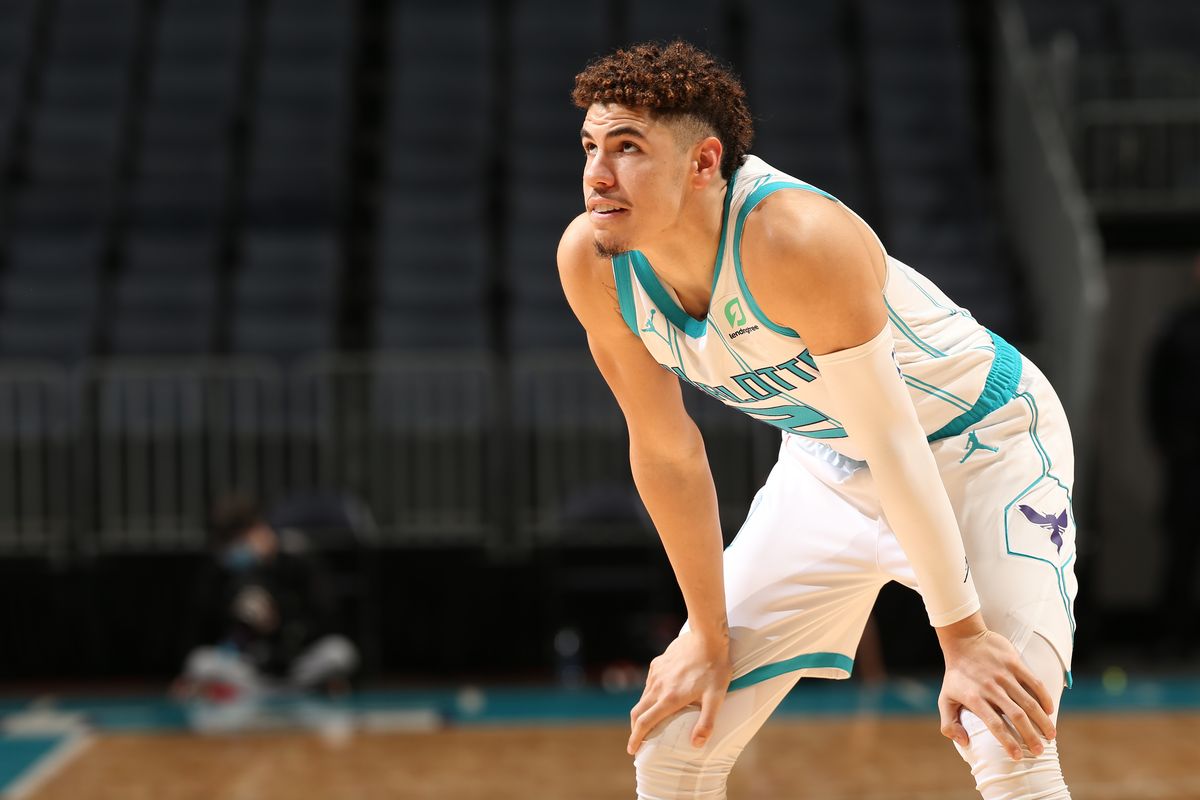 Next up is the rookie, fresh from Charlotte’s third pick LaMelo Ball. A 6 feet 8 inches Point Guard, he’s coming into the league with great passing ability. With his frame, Ball can rebound with much more ease than most Point Guards. With the pick up of Ball, he looks to be the replacement for Kemba Walker. Charlotte’s stint with Terry Rozier III starting looks to be coming to a close, Charlotte will probably play Ball over Roizer later into the season. Likely giving Roizer the 6th man role, much like his playing days in Boston. Ball’s bread and butter are pushing the ball up the court on fastbreaks. With his long-distance passes, quick agility to get up and down the court with a young lineup alongside Graham, Bridges, and Washington. I expect to see rookie Center Nick Richards play with Ball often, especially for those fastbreak opportunities.

It’s a new era in Charlotte, and LaMelo looks to be the centerpiece for years to come. He looks to have a lot of talent coming into the league much like his older brother Lonzo, if he could stay healthy unlike his brother has been throughout his career, Ball can turn heads just like his brother did his rookie season. As Ball builds confidence in the progression of the season, he’ll become a better volume shooter and playmaker. Charlotte has to keep him comfortable and growing to avoid another Micheal Kidd-Gilchrist situation. Coach James Borrego is going to love to have talent like Ball on his squad, hopefully, he can be the piece needed to push into the playoffs this season.