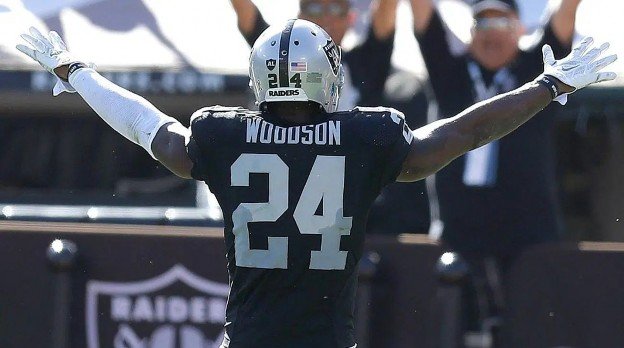 Charles Woodson was drafted with the 4th Pick in the 1998 NFL Draft by the Oakland Raiders. In his rookie season he was an immediate impact he was awarded NFL Defensive Rookie of The Year. In his sophomore season he was named an AP All-Pro recipient.

In the 2006 NFL Offseason, Charles Woodson was a free agent. Woodson parted ways with the Oakland Raiders organization. He signed with the Green Bay Packers for a 7 year deal worth $52.7 million. This marks the first time in Woodson’s 8-year-long professional career that he was not a member of the Oakland Raiders.

Woodson was released by the Green Bay Packers in the 2013 NFL Offseason after 7 seasons in Green Bay. Woodson signed a one-year deal with the Oakland Raiders. In his first year reunited with the Raiders Woodson accumulated 97 tackles, 2 sacks, and 5 interceptions. 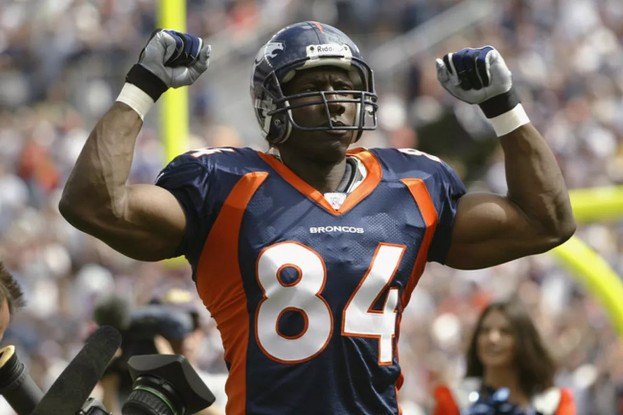 Shannon Sharpe was drafted by the Denver Broncos in the 1990 NFL Draft with the 192nd pick in the 7th Round. In Sharpe’s 3rd season he earned his first Pro Bowl appearance. The following season was his true breakout season with 995 receiving yards and 9 touchdowns. Sharpe was awarded a First-Team All-Pro honors and another Pro Bowl appearance.

In the 1996 NFL season, the Denver Broncos became true title competitors finishing the season with a 13-3 record. Sharpe recorded 1,062 receiving yards and 10 receiving touchdowns. Shannon Sharpe was awarded his 2nd career First-Team All-Pro award and 5th Pro Bowl honor. The Denver Broncos’ season ended with a 27-30 loss in the Divisional Round against the underdog Jacksonville Jaguars.

After missing all but 5 games of the 1999 NFL season due to injury. Sharpe left the Denver Broncos in the 2000 NFL Offseason to sign a one-year deal with the Baltimore Ravens. After 2 seasons with the Baltimore Ravens Shannon Sharpe returned to the Denver Broncos. Sharpe retired after then of the 2003 NFL season. He finished the last 2 seasons of his career as a Bronco. Shannon Sharpe accumulated 8,439 receiving yards, 978 receptions, 55 receiving touchdowns (regular season stats), 2 Super Bowl championship wins, 5 All-Pro honors and 7 Pro Bowl appearances as a Denver Bronco. Sharpe also, holds an NFL record for the most yards on receptions as a tight end in a game, with 214 yards receiving while playing for Denver. He was awarded to the Denver Broncos 50th Year Anniversary Team. Lastly, Shannon Sharpe was inducted into the Pro-Football Hall of Fame in 2011. Sharpe will always be remembered as a Bronco he is one of the greatest Denver Broncos ever to play. 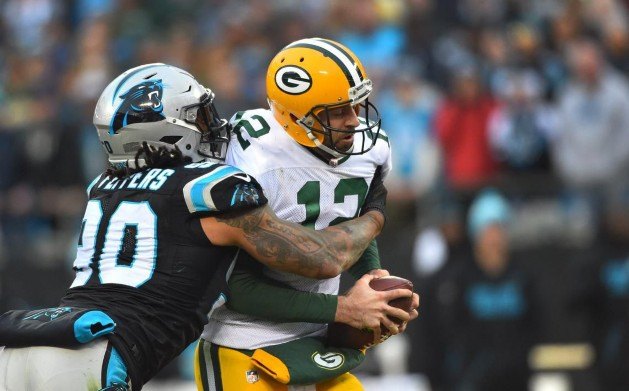 Julius Peppers was drafted with the 2nd Pick in the 2002 NFL Draft by the Carolina Panthers. Peppers had an incredible rookie campaign with 28 solo tackles, 12 sacks, 5 forced fumbles and an interception in only 12 games. Despite the Panthers 7-9 record, Peppers earned the 2002 AP Rookie Defensive Player of the Year Award.

In 2003 Peppers had another great season. The Carolina Panthers improved to an 11-5 season and reached to Super Bowl XXXVIII. The Panthers lost to the Patriots 32-29 on a game-winning field goal.

The 2010 NFL Offseason arrived and Peppers is now on the open market for a new team. In March of 2010, Julius Peppers signed a six-year deal for worth $91.5 million. First time in Peppers 8-year professional career not being a Carolina Panther.

After 7 seasons playing in the NFC North with the Chicago Bears and the Green Bay Packers, Peppers returned to the Panthers and signed a one-year deal for the 2017 season. He was grateful to be back with Carolina saying “home is where the heart is.” Peppers grew up in North Carolina and went to the University of North Carolina and of course, played for the Carolina Panthers for 8 years and so coming back hit home for him.

His first season reunited with Carolina he got his old number 90 back when he was originally with the team. In Week 15 Julius Peppers recorded a half-sack on his former quarterback Aaron Rodgers on a 4th down play at the end of the game to seal the win over Green Bay. Peppers finished the season recording 11 sacks for the 2017 NFL season. During the 2018 NFL off-season, he signed another one-year deal with Carolina. This would mark as Julius Peppers’ last season of his NFL career.

He announced his retirement on February 1, 2019. Julius Peppers has Panthers franchise record for most career with 97 sacks, most career forced fumbles 34, and longest interception return 97 yards. He also holds an incredible 18 NFL records. Julius Peppers is one of the all-time greatest Carolina Panthers ever. 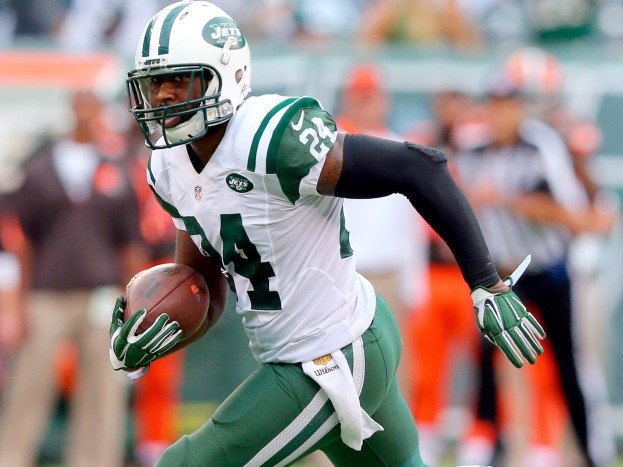 Cornerback, Darrelle Revis was drafted with 14th Pick in the 2007 NFL Draft by the New York Jets. Revis was named a starter at the beginning of the season, becoming the first rookie Jets cornerback to start week one since 1996. He played all 16 games of his rookie season as a starter for the Jets.

The following season Darrelle Revis improved. Recording his first career touchdown and catching 2 more interceptions from the previous year. Revis was elected to his first Pro Bowl because of his efforts. Revis earned Pro Bowl nods and All-Pro elections for the following 4 seasons. Also, helping the Jets go to back-to-back AFC Championship appearances within those 4 years.

In the 2012 season Derrelle Revis missed all but 2 games with the Jets. Revis tore his ACL putting him on injured reserve for the rest of the season. On April 23, 2013, Derrelle Revis was traded to the Tampa Bay Buccaneers. Ending Revis’ time with the New York Jets.

The New England Patriots didn’t resign Revis in the 2015 Off-season. The New York Jets signed Revis to a five-year deal worth $70 million. Revis came back strong in the Meadowlands, earning a Pro Bowl appearance and ranked 24th on the NFL Top 100 Players of 2016.

Revis played for the New York Jets again for the 2016 season. This would be the last season of his career playing for the Jets. He would be released in the 2017 Off-season. Revis would play the following season for only 6 games. Darelle Revis was a Pro Bowler 5 out of 8 seasons he played for the New York Jets. Also, 3 All-Pro selections in those 8 seasons. “Revis Island” was truly a shutdown corner for many years in the NFL. Darrelle Revis is definitely a Hall of Fame candidate. He’ll always be remembered for his years as a Jet. 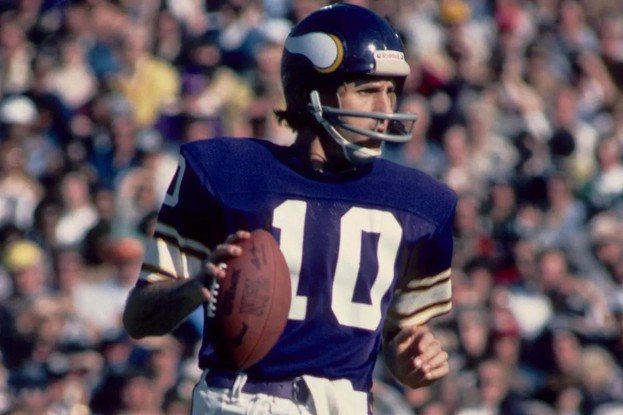 Fran Tarkenton was drafted with the 29th Pick in the 3rd Round by the Minnesota Vikings. In Tarkenton’s first game he came off the bench to lead Minnesota in a comeback win over the Chicago Bears 37-13. He threw for 250 yards and 4 touchdowns! The Minnesota Vikings only went won 2 games his rookie season.

In 1972 Tarkenton was traded from the New York Giants back to Minnesota. In the 1973 season, Tarkenton led the Vikings to a 12-2 record. Winning the NFC Central Division heading into the playoffs. The Vikings beat the Washington Redskins and the Dallas Cowboys to reach the Super Bowl. This was Tarkenton’s first career Super Bowl appearance. The Vikings fell short against the Dolphins in a 24-7 loss in Super Bowl VIII.