10 best co-op games for Xbox One

Be honest, how many of you prefer to play games rather than work? With all stress in your busy lives, all you need is escape, to be able to transport yourself into a great cooperative game with your friends. The amazing thing is that you get to share your emotions while playing, win or lose - the spontaneous screams or perhaps putting the blame on someone for distracting you. On top of this, to make gaming even more competitive, you and your friends could spontaneously bet on who will win these small esports matches.

Even if you have one or two hours to spare, video games can feed your imagination taking you to places you have never been before. Whether it is travelling through space, looting and shooting aliens or time travelling to 60 years in the future in Overwatch. If you are a sea-farer, then why not sail the seven seas with four of your friends in Sea of Thieves or maybe take a run through the Egyptian Pyramids and tombs in Assassin’s Creed.

Cooperative video games involve communicating with your team mates and implementing smart strategies to hopefully succeed in winning. Here are the top 10 best co-op games on Xbox One, that you should start playing. Whatever game genre you are into; you are sure to find something you will love to play with your friends.

Game developers, Ubisoft Montreal released Far Cry 5 last March and thanks to the clever design, it has become one of the best video games yet. It is set in a fictional place called Hope County, Montana, where you get to play a Deputy who finds himself up against a mysterious cult, Eden’s Gate. 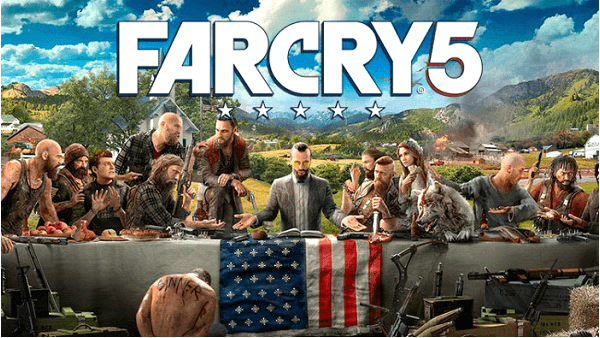 Far Cry 5 has its fair share of surprises with thrilling action and amazing scenery. The game has been developed to reduce your workload in-game so you have time to spare to enjoy the environment and notice some of the in-game Easter eggs, chaotic fire and animal attacks. While pursuing your adventure, your mission is to fight the four evil villains and free the base from the enemy in a wide region.

The game developers, Bungie have made Destiny 2 an even better Xbox game, based on a strong storyline with stunning graphics and an addictive gameplay. The goal is to take on a game character that goes on an endless hunt to collect guns whilst trying to saving the galaxy. You can play PvE missions or you can just shoot aliens and compete with your friends over who shot the most of them. 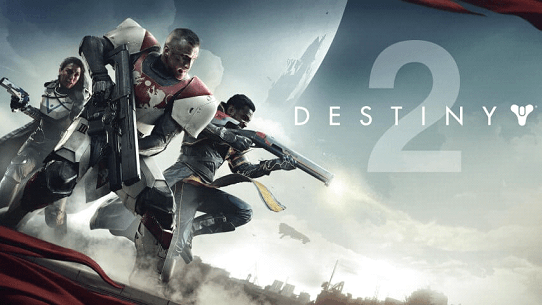 Destiny 2 is full of insane shooting and loot collecting that will keep you and your buddies playing for hours. The game has massive amounts of adventures with different crucible maps, exotic weaponry, strikes, Nightfalls and six-person raids. Destiny 2’s popularity has grown so much that you will find yourself playing alongside random players from all over the world.

Blizzard’s Overwatch is a multiplayer shooter game that is set 60 years in the future, with great animations. The first-person shooter game is based on Team Fortress 2 and has been adapted to Xbox One and Playstation 4. Not only can you play on consoles but also on PC, in fact, there are professional players who practice computer gaming on a daily basis. This opens up the opportunity for you betting on esports teams that participate in prestigious tournaments such as the Overwatch League and OW World Cup 2018. 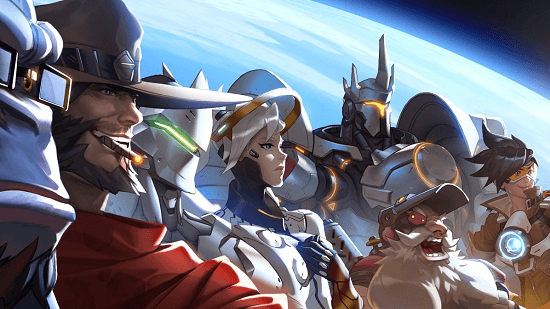 Well, who knows? Perhaps you too could be a pro gamer playing Overwatch on Xbox One. A co-op game that tests your skills and fast reactions, controlling powerful heroes that take to the streets combating enemies. Being a team based game, each player takes on a character that possesses unique abilities, where smart strategies and a few surprising twists is incredible fun at its very best.

Overwatch gives many esports fans the inspiration and obsession of fan art. So If you are not into playing video games, you can simply watch over your friends or siblings play on the Xbox One. As you pick your favorite Overwatch hero, you could dress up and take to the streets in the Carnival season.

The Coalition developed Gears of War that was released ten years ago on Xbox 360 which later on was adapted to Xbox One and on PC. The co-op game has turned into a series that has reached its fourth version, Gears of War 4 with new characters, enemies, strategies and strikes a balance between nostalgia, exciting fun and progression.

Gears of War 4 is set 25 years after the events that happened in Gears of War 3. You will learn that JD and Del, two former COG soldiers decided to abandon their positions and live with ‘Outsiders’. Your first goal will be to steal ammunition from COG and its moments like these that give endless possibilities. In the end, it is all about survival and the intriguing twist of turning on the people that JD and Del used to defend.

It has been announced that Gears of War 5 released in the future and is being developed as you read this article. In the meantime, it is time to gear up for war on the Swarm Hive.

The action adventure co-op game Assassin’s Creed: Origins was released in October 2017, which is adaptable on Xbox One. The origin of the Assassin’s brotherhood will be revealed while your assassin, Bayek discovers and explores Ancient Egypt’s cities and sunny desert landscapes. 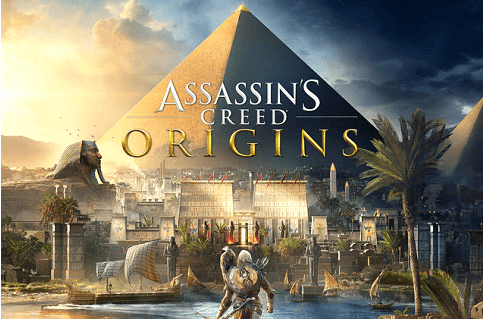 Assassin’s Creed: Origins opens up a new beginning which means new fighting skills whilst you explore the country, encountering storylines. The Origin in the title refers to what started the war between the Templars and Assassins as Bayek fights the threat of Roman Invasion and political disorder to bring peace.

Epic Games have developed Fortnite Battle Royale, a free-to-play multiplayer co-op game which you can play on Xbox One with three of your friends. Every week there are new challenges to motivate you, fighting against all odds, against armies of zombies, every night. 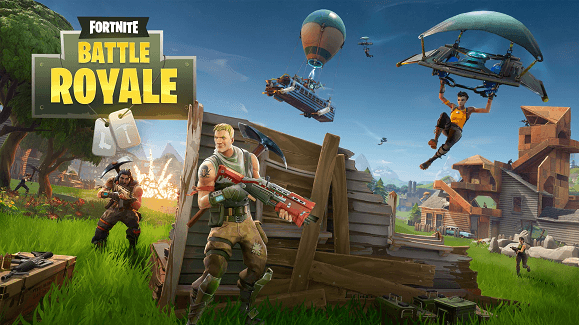 It is a team game, where all players need to work together in order to build forts as well as traps ready to be unleashed against an army of zombies and monsters, whilst also battling any immediate threats. Fortnite is especially good for those who like silly competition and famous rappers like Drake. There was a streamed match between Ninja and Drake that took the Internet by storm. Guess who won?

The most popular Call of Duty Xbox game has to be Modern Warfare (Remastered), an undeniable classic that was released in 2016. The ingenious map design and the memorable missions are some of the things that ensured players became hooked to the Xbox classic. 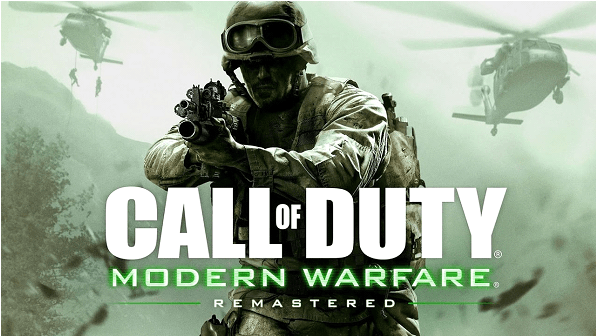 In Call of Duty: Modern Warfare, you take on the role of either Sergeant John ‘Soap’ MacTavish or Captain John Price and help your team battle to free the land for peace to reign.

Talking about Call of Duty, Black Ops 4 is currently in development as you read this article. It was announced that this co-op game will be released later on this year - in October 2018. So in the meantime, you are called to do your duty and fight off rogues in Eastern Europe, Russia and the Middle East.

Ever since Psyonix launched Rocket League on Xbox One, the popularity started to increase with many gamers opting to play football with rocket-powered cars, an alternative to FIFA 18. 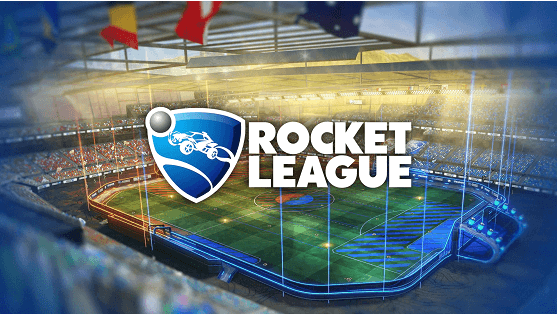 Rocket League is based on football but is played using vehicles that boost like rockets to hit an enlarged football. The aim of the game is to score goals with fast and furious cars that can fly into the air to block or guide the ball in-between the goal posts. You will be surprised to find a few crazy items in-game such as boxing gloves, spikes, grappling hooks and freeze powers to inflict damage on your opponent’s team, stopping them from passing the ball or scoring.

You can play with up to three other friends and come up with different tactics mixed with great stunts that you can try making Rocket League all the more fun and challenging at the same time. Just remember that your team needs to guard the goal post or else winning will just be too easy for your opponents.

A Way Out is one of the latest co-op games on Xbox One which was recently released in March 2018. You and your friend get to play as two criminals that help each other solve puzzles whilst planning to get out of prison. 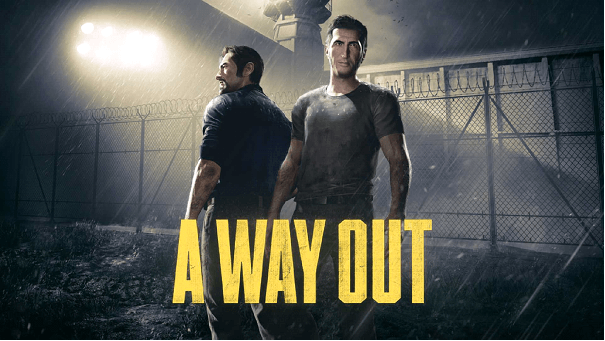 Like in every video game, there is some drama that narrates the plot to put you in a situation that makes you understand how best to communicate while keeping your plans of escape hush-hush. When the time is right to escape and you reach freedom, you can say you have been there and tried it. Overall, A Way Out is one of the best co-op games in recent memory.

For all the food lovers out there, Overcooked is a cooking video game you should try out that was developed by Ghost Town Games. If you ever wanted to be in a professional chaotic kitchen, this video game creates hazards and situations where the head chef is yelling in panic while an earthquake shakes the ground underneath. 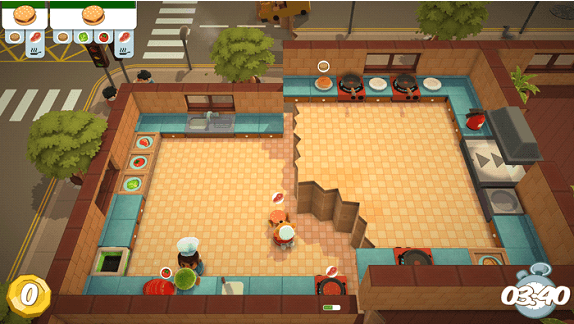 Overcooked is a video game that has the rush just like cooking shows, MasterChef or Chopped. The goal is to organize your team of chefs and cook food for hungry waiting customers. Along the way, you will get burned, deal with complaints and create a mess with all the stress of time limits. All in all, a hilarious co-op game that tests your capability of attention, fast reaction and speed to get things done.