Once again, another team falls victim of a Super Bowl hangover. Last season the Rams won the NFC West with a 12-5 record on their way to their second Super Bowl appearance in four seasons. The Rams faced key departures such as Andrew Whitworth, Von Miller, Odell Beckham Jr., and Robert Woods. However, the Rams compensated with signing Allen Robinson and Bobby Wagner in the offseason.

This season has been a far cry from their previous season as the Rams finished with a 5-12. Including a six-game losing streak in the middle of the season. Injuries plagued the Rams’ hopes. For example, the Rams became the first team in NFL history to start 12 different offensive line combinations in the first 12 games.

Matthew Stafford embarked the season with an elbow injury from the offseason, following their Super Bowl victory. Stafford described the nagging injury to be “bad tendinitis” in his throwing arm. Unfortunately, that wasn’t the end of troubles for Stafford. In week 11 Stafford suffered a spinal cord contusion sidelining him for the remainder of the season. Eclipsing his 14th season after going 3-9 as a starter in one of his worst, if not worst statistical season of his career.

The future for the Rams is unclear, as rumors of head coach Sean McVay’s job is uncertain. Another concern is in the quarterback room. Quarterback play was mediocre as the Rams started four separate quarterbacks throughout the season. At No. 1 is an injury riddled, 35-year-old Stafford followed by an inconsistent Baker Mayfield. The 2022 Rams finished in the bottom five-worst scoring offenses in the NFL. Moves must be made for the Rams to increase their depth on the offense. 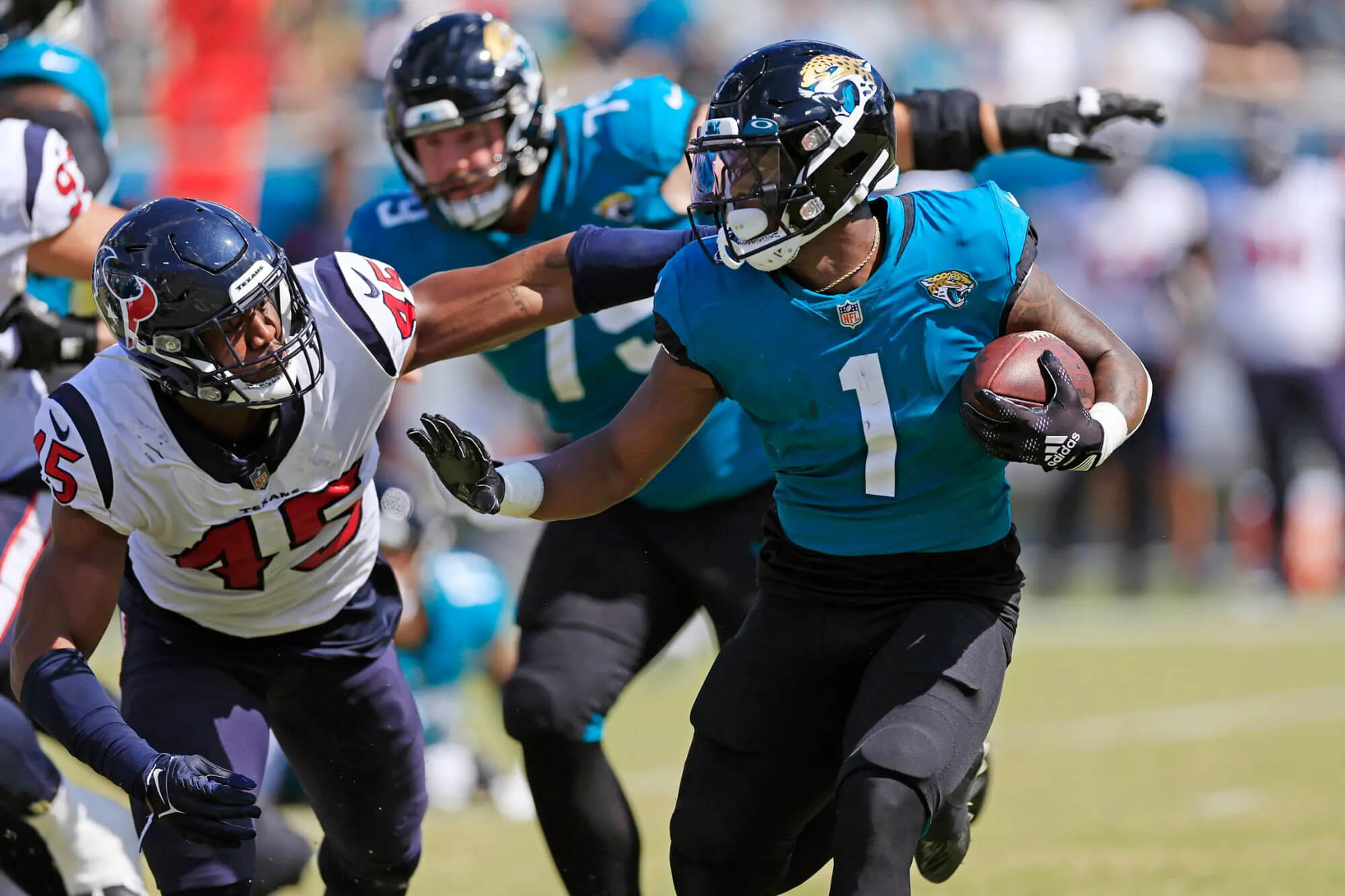 Last season featured Jacksonville bottoming out the AFC South with an atrocious season, finishing 3-14 record. A drama filled squad distracted by off the field antics. The Jaguars fired their first-year head coach Urban Meyer after beginning the season 2-9 tied for the second-worst record in the NFL. Former 1st overall pick Trevor Lawrence struggled with a lack of firepower on offense.

In the offseason Jacksonville inked deals with Christian Kirk, Evan Engram, and Zay Jones. Additionally, drafting Travis Etienne in the first round to provide Lawrence with weapons. Lastly, the Jaguars hired offensive-minded head coach Dough Peterson, who formerly won a Super Bowl with the Philadelphia Eagles three years prior.

It wasn’t smooth sailing at the start for Jacksonville. The Jaguars had begun the season 2-6 losing to the Denver Broncos in London. Extending their losing streak to five straight games. Speculation of Lawrence being a bust reached an all-time high and Peterson’s standing was in limbo. Jacksonville entered their bye week 3-7 then flipped the switch coming off the break. Winning five of their last six games including an overtime upset over the Dallas Cowboys at home.

The Jaguars captured the AFC South title over the Tennessee Titans, securing a playoff spot. In the final six games, Jacksonville outscored their opponents by 43 points in that stretch. Etienne led NFL rookies in rushing with 1,150 rushing yards, 5.1 yards per carry, and five touchdowns on the ground. Meanwhile, Lawrence improved tremendously from his rookie season, throwing for 4,113 yards, 25 touchdowns, eight interceptions on 95.2 passer rating. Mid-season heroics propelled the Jaguars turnaround from worst to first. 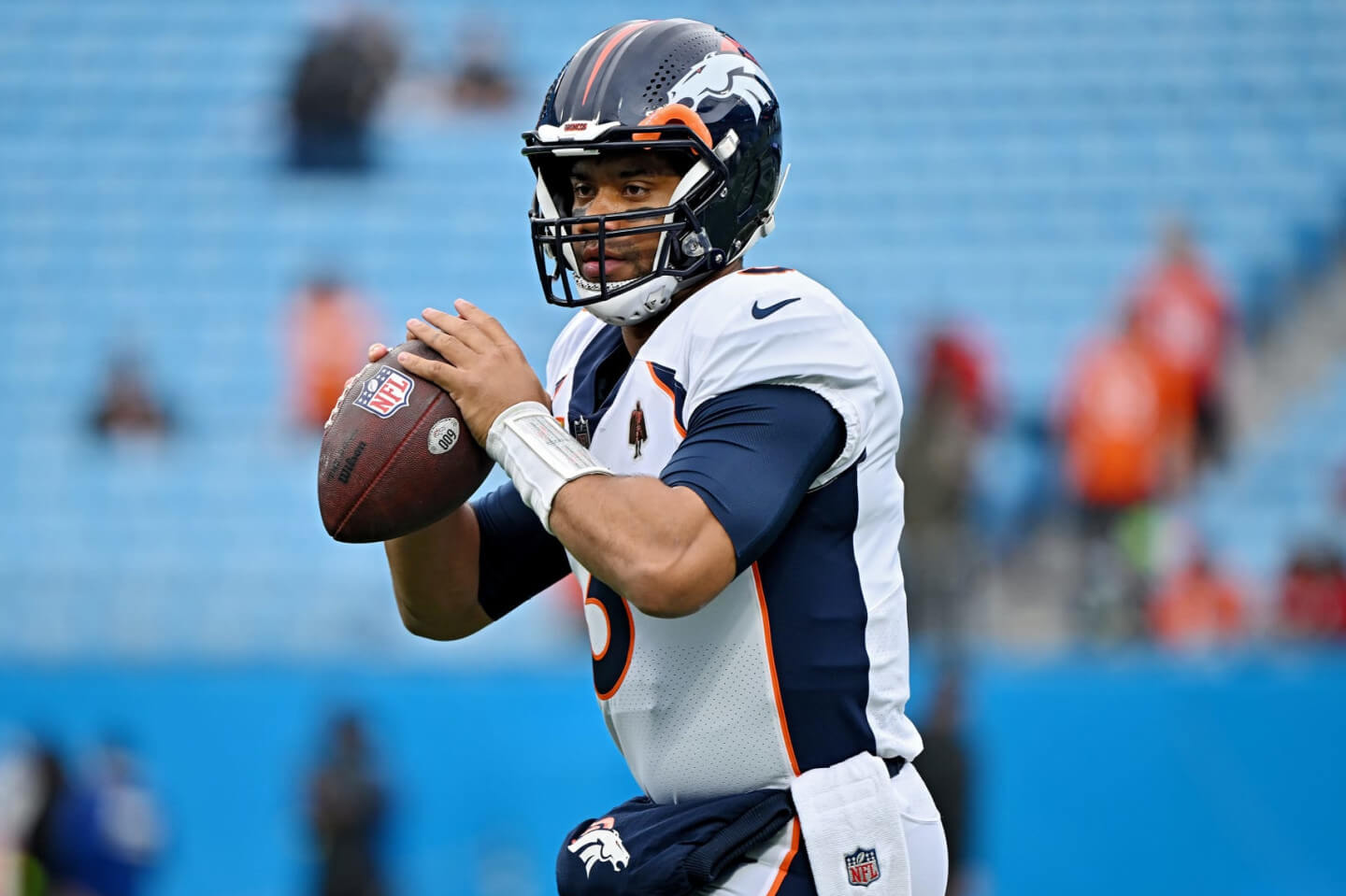 Finally, the Denver Broncos have found their answer at quarterback, or so we thought. In the offseason the Broncos exchanged three players and five draft picks to the Seattle Seahawks. In return for Russell Wilson and a fourth-round draft. Immediately stirring an overload of hype centered around Wilson and the Broncos.

Despite expectation the Broncos stumbled going 5-12 on the season. Wilson started the season slow. Miscommunication with receivers were obvious leading to terrible turnovers. Wilson’s mechanics were off, and the Broncos had a simply putrid offense. Furthermore, Wilson missed three games due to various injuries. The Wilson led Broncos offense only averaged 18 points over 15 games, finishing the season as the lowest scoring team in the NFL.

Injuries across the board on offense and defense decimated the Broncos season. Hackett finally got the boot out of Denver in late December 2022. The consensus around Wilson’s longevity and prime is unknown. Which is a major concern for Denver because in the offseason Wilson signed a 5-year, $245 million dollar contract with the franchise. There’s a massive question mark on Wilson’s future involving the Broncos. 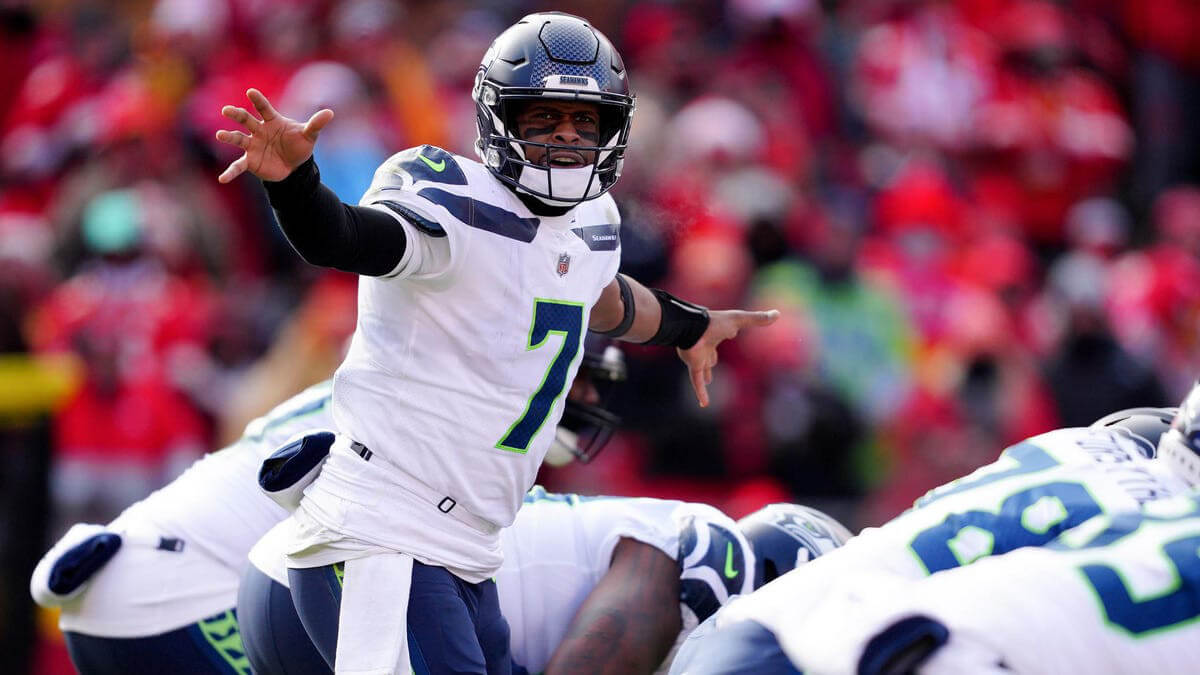 Longtime journeyman Geno Smith entered the 2022 season as a week 1 starter for the first time in eight years. The bar was set low for the Seattle Seahawks after missing the playoffs in 2021 and trading away their franchise quarterback to Denver. It looked like it was the beginning of a rebuilding stage in Seattle. But Smith unexpectedly recharged the Seahawks offensively.

Smith outplayed his predecessor, Wilson in an upset victory over the Broncos in the season opener. Through nine games Seattle averaged over 28 points per game. Including a four-game win streak to place the Seahawks at a 6-3 record. Given the opportunity, Smith displayed veteran composure even earning NFC Offensive Player of the Week.

The Smith led Seahawks finished the 2022 season going 9-8, good enough for a spot in the playoffs. Eventually rookie Kenneth Walker evolved into a quality offensive tool for the Seahawks, improving throughout the duration of the season. Tyler Lockett and D. K. Metcalf combined for over 2,000 yards and 15 receiving touchdowns.

A productive year for Smith that has revitalized his career. Smith finished top ten in passing yards, touchdowns, and passer rating. Proving himself as valuable and durable as player for the Seahawks; becoming the only quarterback to take %100 of their team’s snaps this season. Expect Smith to be a front runner for the NFL’s Comeback Player of the Year Award for the 2022 season.