Following last year’s playoff loss to the Cleveland Browns, the ever-lasting image of Pittsburgh Steelers quarterback Ben Roethlisberger remains fresh in many Black and Gold fan’s minds. There was a dejected Big Ben with Maurkice Pouncey sitting on the bench after the game had concluded all by themselves.

Pouncey retired following that game, Roethlisberger decided to keep plowing forward with another season in 2021. While Big Ben contemplated retirement, he and the Steelers agreed to give it one more campaign. Now in his 18th season, it appears Roethlisberger should have taken the road Pouncey did.

The early season returns on the Steelers' progress are not good. Through three games that the Steelers have lost two straight, all signs point towards Big Ben is on a downward spiral and fading fast. Was he selfish in wanting to play one more season? Was it fair to the Steelers to insist he can still play at a high level? This season he has a new offensive coordinator, supposedly a new offensive philosophy yet Roethlisberger and the Steelers lost to the Cincinnati Bengals 24-10 in what was one of the worst offensive performances in a very long time.

Roethlisberger was far outplayed by the younger Cincinnati quarterback Joe Burrow who finished with a quarterback rating of 122 while the Steelers signal-caller put up a rating of just 70.0. The Bengals’ defense sacked Roethlisberger four times and picked off two of his passes, one that Roethlisberger threw into heavy coverage, a pass that the vintage Big Ben would have never thrown.

It doesn’t help Pittsburgh’s offense that just like last season, in 2021 they are having big problems running the ball. Overall first-round draft pick Najee Harris thus far looks like a bust. Through three games he has 40 carries for only 123 yards. That’s shy of 3.1 yards per carry. He has not scored a rushing touchdown. Roethlisberger has also used his newest weapon as a receiver where Harris has hauled in 20 catches for 149 yards which equates to just 7.45 yards per reception. He has just one receiving touchdown. Incredibly, Harris’s receiving yards lead the team. 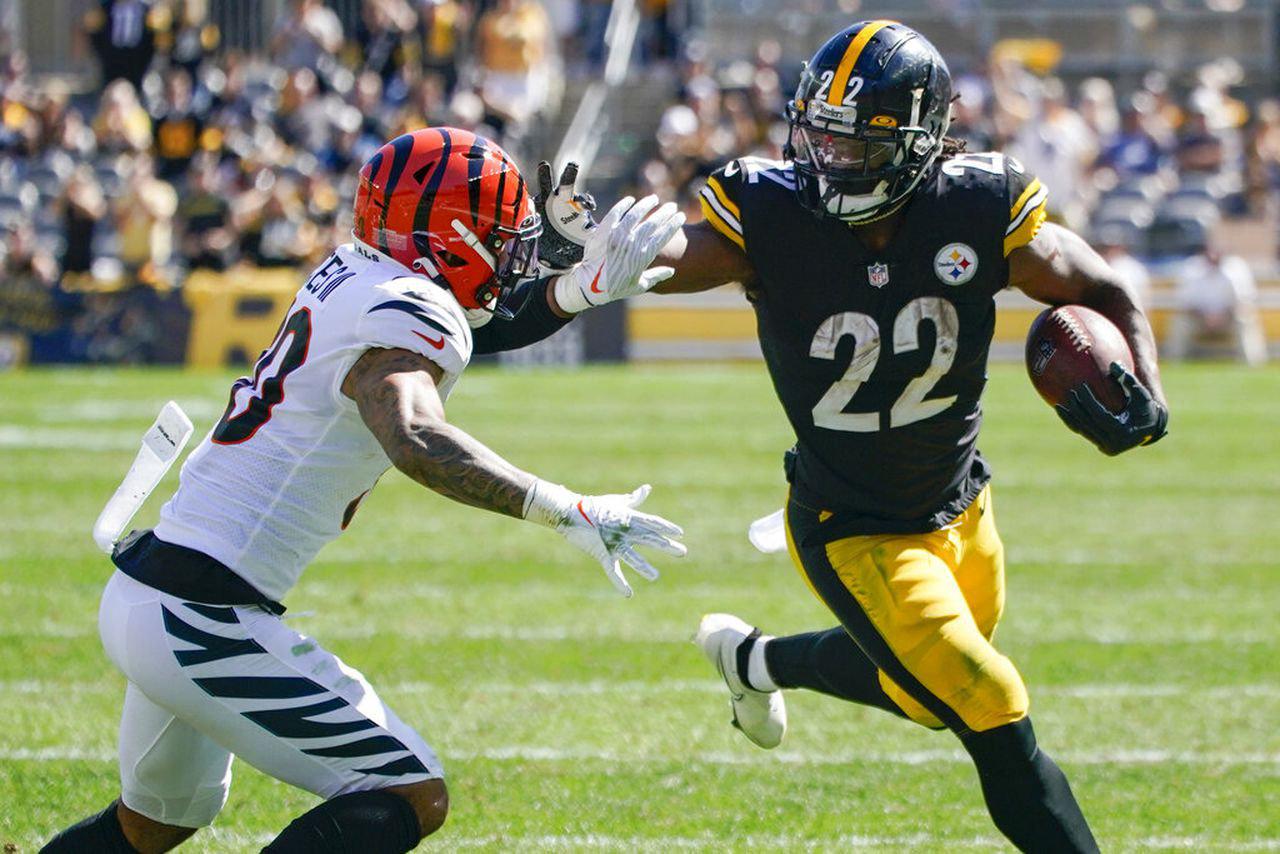 While Roethlisberger is on the hot seat, the defense is doing no better. There has been just one interception by Terrell Edmunds in the Cincinnati loss. Perhaps the only bright spot thus far is the punting efforts by newcomer Pressley Harvin who is averaging 43.5 yards per punt. There have been just five sacks in three games but none against Joe Burrow ending a consecutive game streak of at least one quarterback sack at 75. That’s nearly five years of sacks.

T.J. Watt fresh off a huge contract extension is one of many who have suffered injuries early in the season. But that’s never been a valid excuse for Pittsburgh Steelers teams when facing adversity. It’s always been “next man up.” However the current Steelers roster I believe does not have the talented player necessary to get the team winning again.

Going back to the Roethlisberger situation, he has been banged up already this season and we have only seen three games played. The season is long and in 2021 the campaign has been extended an extra game therefore Big Ben must play through 14 more games. He may very well not make it to the end either because of an injury or poor play. The problem for Steelers Nation is that back Mason Rudolph, while a pretty good backup, lacks the skill set to be a franchise quarterback. I think the Steelers would be wise to give Dwayne Haskins a shot until they can figure out the post-Roethlisberger plan.

Much has been said about the current Steelers’ offensive line and for some Steelers fans, when they look at the players making up the o-line it might be a response of “who?” The names of starters and their backups are a mish-mash that are not household names. Dan Moore Jr., Joe Haeg, Kevin Dotson, Rashaad Coward, Kendrick Green, J.C. Hassenauer, Trai Turner, B.J. Finney, Chuckwuma Okorafor, and Joe Haeg are the offensive line personnel. Gone are David DeCastro. Alejandro Villanueva signed with division rival Baltimore in the off-season. 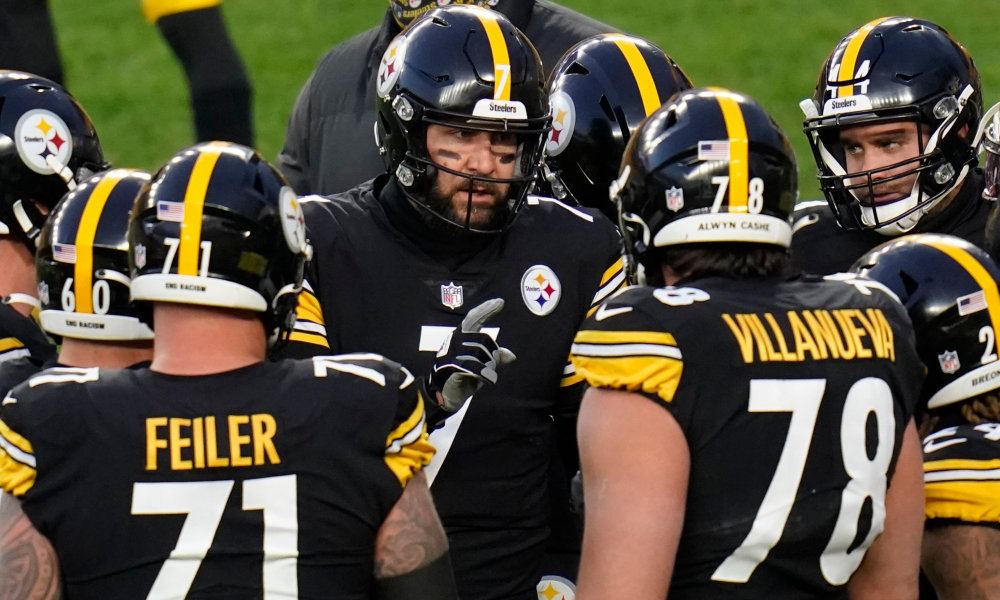 Behind rookie Najee Harris is Benny Snell Jr. and then Kalen Ballage. A collective UGH by Steelers Nation. Mike Tomlin had his first season as the Steelers’ head coach in 2007 taking over for Hall of Famer Bill Cowher. Tomlin’s first five seasons saw his teams finish above .500. Then came two 8-8 seasons and not until 2019 did he see his team finish 8-8 again. His winning percentage of .645 for his career is outstanding. The only thing Tomlin does not have is a LOSING season. . Bill Cowher had losing seasons (3). So did the legendary Chuck Noll (7). But that in my opinion will change in 2021. Already 1-2, the Steelers' schedule is downright brutal.

In week four the Steelers go on the road to Green Bay. Beating the Pack at Lambeau? No chance. Not unless Roethlisberger and the offense is reborn and they can contain Aaron Rodgers. Following that game is a return home to face the Undefeated Denver Broncos currently at 3-0. The Seattle Seahawks come to town the following weekend so essentially, it’s quite possible after six games Pittsburgh could be 1-5.

It gets worse after Seattle. Following their bye week, the Steelers must go to Cleveland where they face a Browns team that beat them twice in 2020 including that abysmal playoff loss. Pittsburgh should get a win when they host the Chicago Bears in week nine but considering their quality of play thus far, it won’t be a walk in the park. In week 10 the Steelers have another “gimme” with the Detroit Lions at Heinz Field. Then it is off the west coast with a matchup against the Chargers, a team that seemingly has Pittsburgh’s numbers. A loss there would in my estimation put the Pittsburgh Steelers at 3-7.

With still a long way to go before the season ends, week 12 has Pittsburgh in a rematch with Cincinnati on their turf. Chalk that up as a loss. Staying in the division the following weekend it’s the Baltimore Ravens. I’ll guess another loss. Now it’s 3-9. The season does not end easily. By no means at all. Just check out the final five:

To me, the worst-case scenario here is 3-14. OUCH. I simply can’t see the Steelers winning any of those final five. Perhaps they might steal one or two against the Titans and Browns at home and possibly reverse the Bengals game on the road. Best case scenario? 6-11 and Tomlin suffers his first losing season. Of course with a losing season in Pittsburgh, Steelers Nation will always call for the head coach’s head. But this is not Tomlin’s fault. It’s simply not a very talented team and a quarterback that is far past his prime. 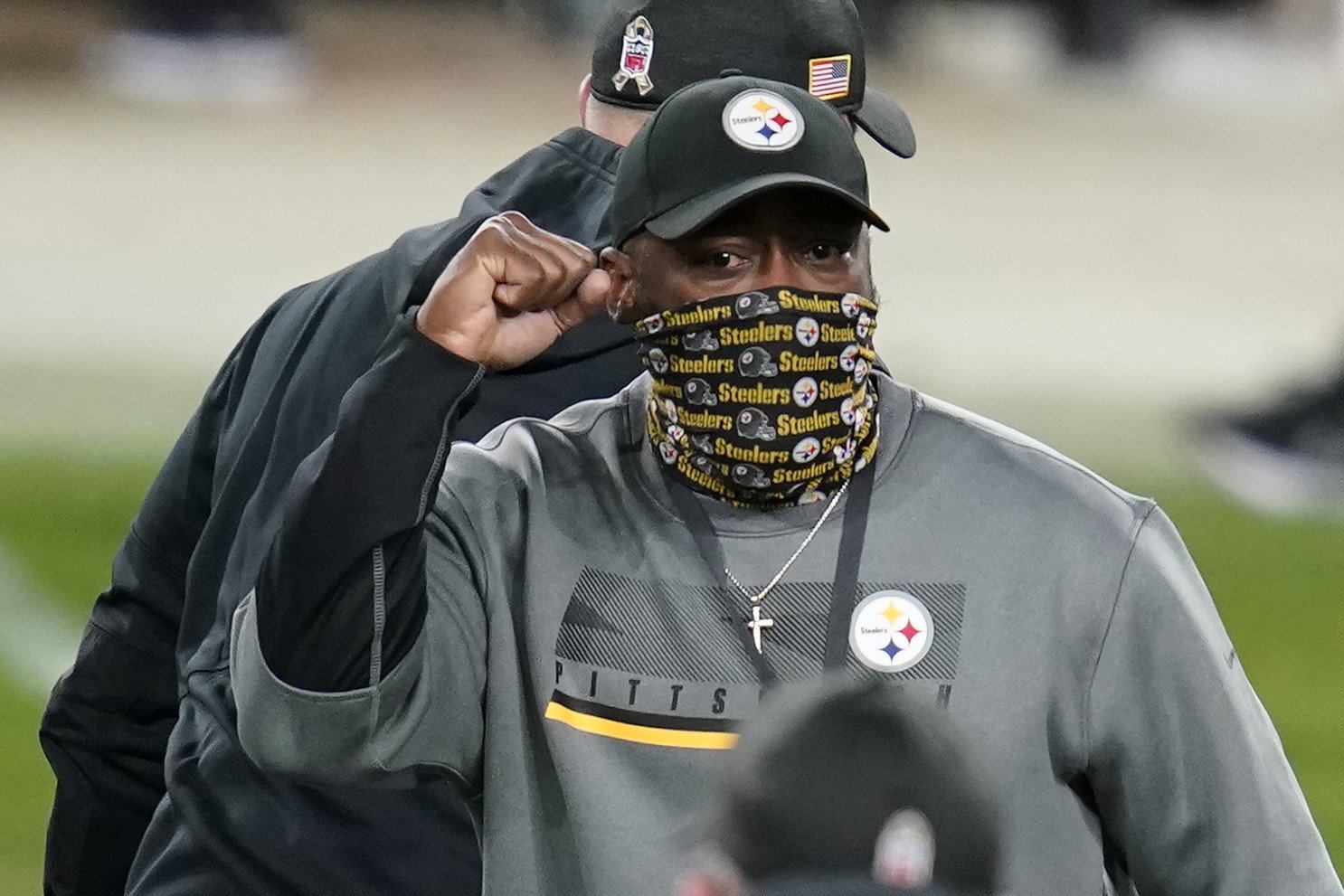 So why did Ben Roethlisberger insist on coming back? Maybe it was the continued success of Tom Brady and Big Ben sees that and believes he has gas left in the tank? Philip Rivers knew it was time to hang up the cleats. Roethlisberger should have done the same. Sure, he will probably have a few decent games from what remains in 2021, but winning games? You need a talented team around you to do that and Roethlisberger does not have that.

The problem for Mike Tomlin and his coaching staff as well as the Steelers’ front office is that they haven’t prepared for what is to come once Big Ben quits and believe you me, this WILL BE his final season. There is no way he should return in 2022 and the Steelers should not allow him to do so if he wants to. But it is my opinion that this season that is going to be a losing one will wear down not just Big Ben but others on the team mentally. This is why I believe either because of an injury or frustration, Ben Roethlisberger will not be behind center when the season comes to a close.

By losing to the Cincinnati Bengals in week three at Heinz Field, it was the first time the Steelers had lost consecutive games at home since 2003. Also by being blown out by the Bengals 24-10, the two straight losses 18 years ago were both blasting of those Pittsburgh teams by the Titans 30-13 and the Browns 33-13.