Baseball history is filled with interesting facts that any fan loves to dwell over. As a Yankees fan, I would like to take a moment to dwell on these facts especially as a new decade is upon us.

The Yankees are tied for World Series appearances (not counting games played in the World Series) since 2004 with the Mets, Indians, Cubs, and Rockies.

The Yankees have not had an AL MVP winner since 2007. Alex Rodriguez was the 2007 winner while he was in pinstripes.

The Yankees passed up on a young player from Millville, NJ named Mike Trout in the 1st round of the 2009 draft. Adam Weinrib of FANSIDED wrote how the Angels snagged the 24th pick of the 1st round because the Yankees forfeited the pick to sign Mark Teixeira and the Mets signed Francisco Rodriguez. That NJ kid went on to win 3 MVPs in the AL. Had the Yankees decided to hold out for Trout, Trout would have tied Mickey Mantle, Joe DiMaggio, and Yogi Berra for the Yankee franchise player record for MVP wins.

While Trout has never won MVP consecutively like Mantle or Yogi, he has never been below the top 5 MVP voting count in a full season. DiMaggio, Berra, and Mantle cannot claim that special distinction. Trout would have been the youngest Yankees player out of these three legends to win an MVP. In real life, Trout is the youngest MLB player to win the MVP unanimously.

The Yankees have not won a playoff Game 7 since the 2003 ALCS classic against the Red Sox.

The Yankees are the only team since 2003 to not suffer a losing season. That is incredible considering the changing landscape of baseball with teams finding new ways to win. It speaks to how successful the Yankee brand continues to be.

The 1990 Yankees are the last Yankees team to finish dead last in the division and the AL. All other teams, excluding the St Louis Cardinals, since 1990 have finished dead last in their division. However, the 1990 Yanks were not the worst team of the year. So which Yankees team was the worst team in the majors? It could be the 1902 Baltimore Orioles (as pictured below), back when the franchise was situated in Baltimore, as that team lost 88 games, the most in the majors that year. 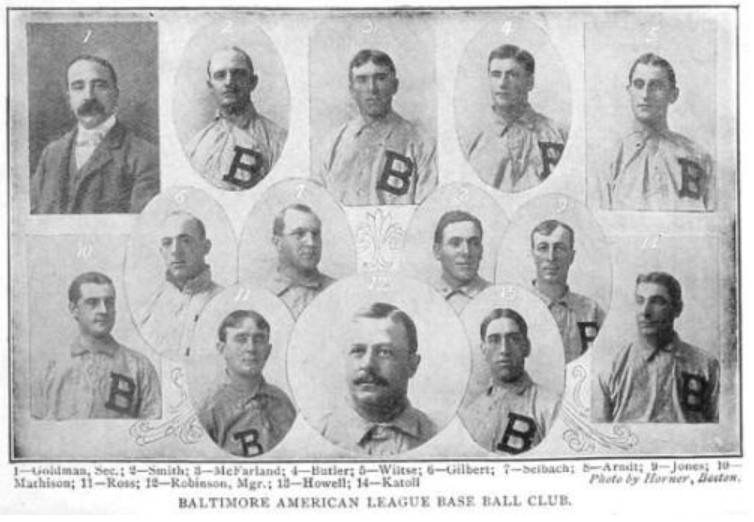 In 1902, however, the Orioles tied with New York for the best losing record. The Giants had a 0.353 winning percentage while the Orioles had a 0.362 winning percentage. For that reason, I do not hold that the 1902 Orioles were the absolute worst team that year. After going through all Yankees records by year, I have discovered that the franchise has never been statistically the worst MLB team within a single season. Simply spectacular.

The Yankees have not had a Cy Young winner since 2001 when Roger Clemens won the award.

Adding in the results of the 2020 season, the Yankees get 1 point for making the playoffs. That equals a grand total of 51 points. That is still the third most successful dynasty in MLB history according to the methodology. Only the 1920-1943 and 1947-1964 Yankees dynasties beat the current incarnation. Once again, the Yankees show why they are the greatest franchise in baseball history.

My name is Bradley Horowitz and I'm a huge baseball fan. I enjoy learning more about the game's history and stats. I am an aspiring law student. I enjoy writing about various topics and making good arguments for them. I am a Yankee fan.

NFL Standings Predictions for the 2022-2023 Season

The Chronicles of NFL Rookie Quarterbacks, Past and Present