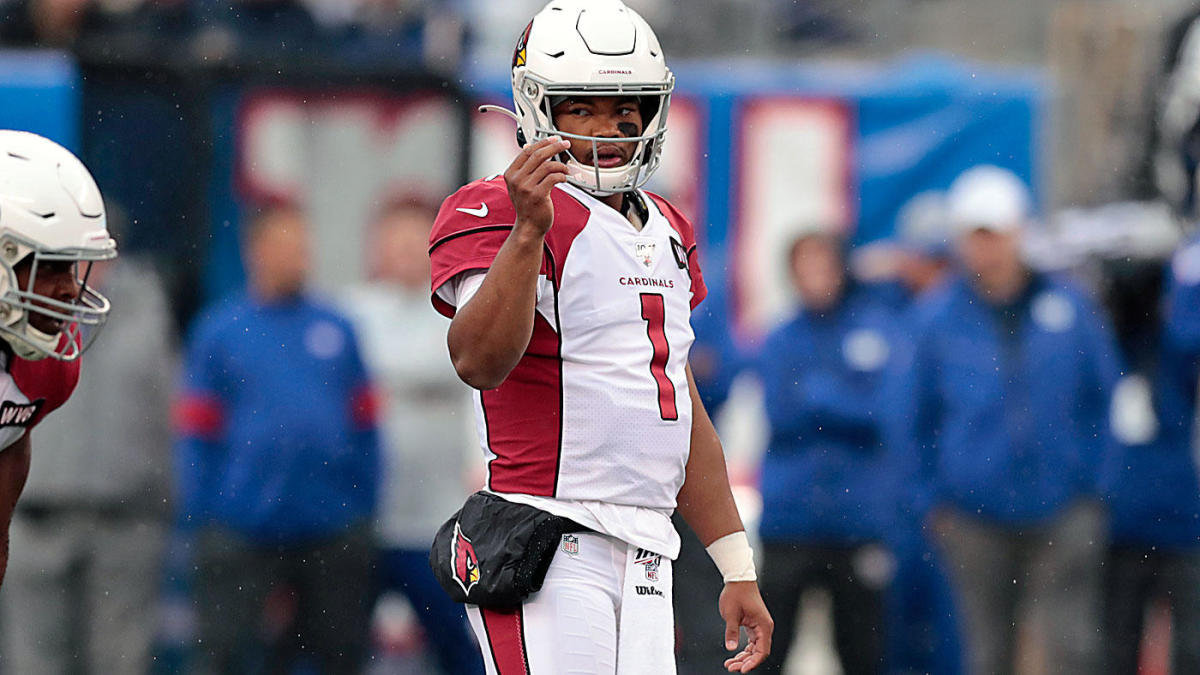 First overall pick in the 2019 NFL Draft as the Heisman winning Quarterback. The Arizona Cardinals rolled the dice and moved on from Josh Rosen as their Quarterback. Since then, the Cardinals made a move to add DeAndre Hopkins to the squad to accommodate their young Quarterback leading into the new season. Beginning the 2020 season, the Arizona Cardinals led by Kyler Murray started the season 5-2 emerging as one of the best offenses in the league. In that seven-game span Murray threw for 1,847 yards, 13 touchdowns, 7 interceptions with a passer rating of 93.8 including a three-game win streak. Murray also rushed for seven touchdowns in those games, showing to be a real dual-threat option for the Cardinals. Handing the divisional rival Seattle Seahawks their first loss in week 7 in a close 37-34 victory out dueling then MVP candidate Russell Wilson. As the Cardinals were looking like a strong playoff contender, especially with their weapons on offense in DeAndre Hopkins and Kenyan Drake.

Unfortunately, the Arizona Cardinals fell short of the playoffs, finishing the season going 3-6 in their final nine games. Including losses to weaker opponents such as Miami, New England, and San Francisco as Arizona lost steam toward the end of the season. As for Kyler Murray, had several up and down performances. One of Murray’s best games came against the Buffalo Bills in a 32-30 victory as Murray threw for 245 yards, 1 touchdown, 2 rushing touchdowns with a %68 completion percentage taking down one of the best teams in the league. The biggest problem the Cardinals had to face came defensively in five of the last nine games the Cardinals D gave up 26 points or more. Putting pressure on the offense to win in shootouts, but that separates the good teams from the great teams.

In conclusion, Head Coach Kliff Kingsbury has to be proud of this Cardinals team, as this is Arizona’s first 8 win team since 2017. A much-improved squad after going 5-10-1 and 3-13 in the previous two seasons. Unfortunately, the Cardinals play in one of the hardest divisions in all of football, with the Los Angeles Rams and Seattle Seahawks made the postseason this year. Kyler Murray had a great season finishing with 3,971 passing yards, 26 passing touchdowns, 10 interceptions on a 94.3 passer rating. As a rusher, Murray had an incredible 819 rushing yards with 11 rushing touchdowns. Murray finished with the second-most rushing yards and rushing touchdowns as a Quarterback in 2020. As for passing, Murray was top 15 in passing yards, passing touchdowns, and the fewest interceptions. Murray had a solid output of 37 touchdowns to 16 turnovers for the entire season.

Kyler Murray was one of the best Quarterbacks of 2020, with much in store for the Arizona Cardinals' future. As Murray improved from his rookie season like Arizona hoped, despite standing at 5 feet 10 inches, Murray still dominates amongst the giants. Arizona had several impressive wins throughout the season, including the undefeated Seattle Seahawks in week 7, second seed Buffalo Bills, and a dominant 26-7 victory over the New York Giants on the road. Consistency has to be the point of emphasis like all young Quarterbacks in their first few seasons, as Murray was not terribly inconsistent they are just a few spots to tighten up like all players. An improved defense in 2021 would push Arizona into a prime position for a spot in the postseason. Look for the Cardinals to be one of the best teams in the NFL for years to come. 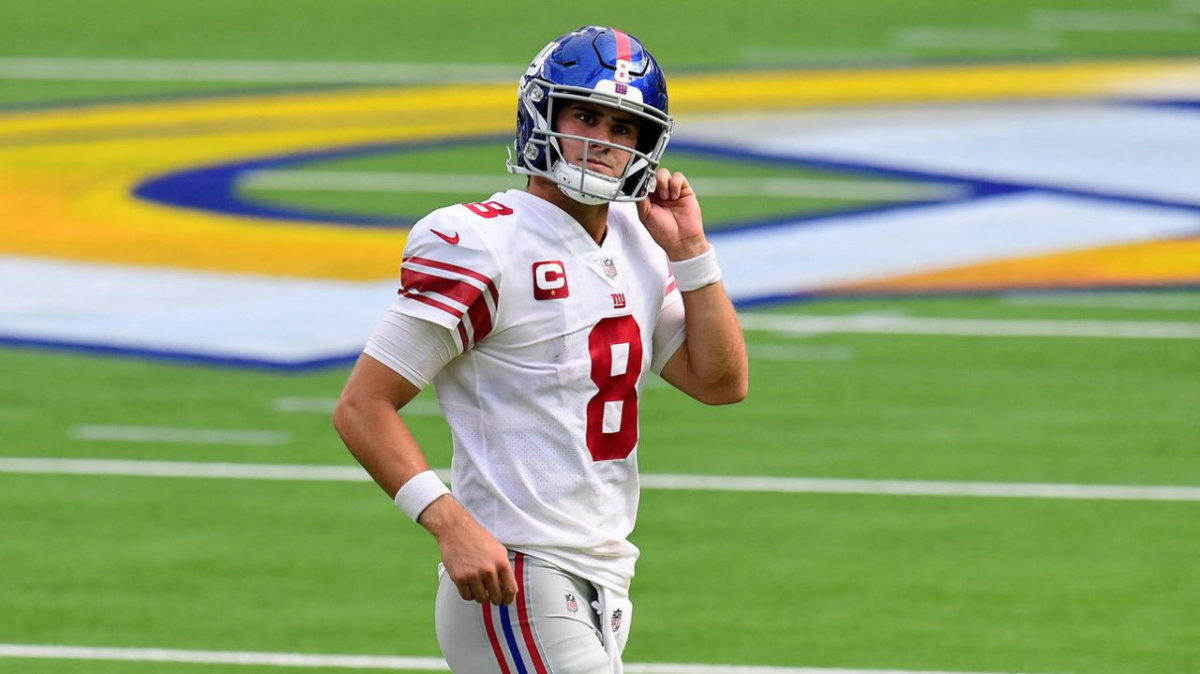 After stepping into the limelight as Eli Manning’s successor in a comeback victory over the Tampa Bay Buccaneers last year, many eyes were on Daniel Jones as the next Quarterback in “The Big Apple.” In a rookie campaign that saw Jones throw for 3,027 yards and 24 touchdowns, in sight of a promising career ahead. In 2020 Jones played in 14 total games going 5-9 as a starter, landing second place in the division, and potentially a playoff spot if not for a questionable benching of Jalen Hurts in the deciding final game. In a season where New York started, the season winless in the first five games. It was far from an easy start for Jones as went four consecutive games without a touchdown after losing star Running Back Saquon Barkley in week 2 against the Chicago Bears. Jones would have a stat line of 921 passing yards, 5 touchdown passes, 6 interceptions, and 3 fumbles while being sacked 10 times.

As for the rest of the season, Daniel Jones turned the Giants around for the better winning four of the next six games. Only losing those two games by a combined three points against the Philadelphia Eagles and Tom Brady led Tampa Bay Buccaneers. The Giants would have won if not for a near game, sealing Evan Engram's drop late in the fourth quarter. As an area of emphasis for Jones was ball protection in that six-game span, Jones only coughed up the football once and threw only three interceptions. This does not sound amazing on paper, but a major improvement from his rookie season. In week 11, Jones suffered a leg injury in a win against the Cincinnati Bengals that would sideline him for only a game. The Giants D showed up as they defeated the highly favored Seattle Seahawks in his absence. As New York would lose two of the next three games and miss out on a playoff spot.

A second half-season turnaround gives New York Giants fans hope, as Daniel Jones played his best stretch of football in that span. In the final nine games, Jones would throw for 1,832 yards, 9 touchdowns, and 5 interceptions with an 87.2 passer rating. A decline of touchdowns from 24 to 11 would concern many, but given the options, Jones has he will not have a huge outpost of touchdowns. Losing Saquon Barkley, the Giants' best player in week 2 is going to make quite an impact on a young Giants team. A bright spot for Jones is the cut down on turnovers. In 2019 Jones had a 2nd most 23 turnovers as a Quarterback. In more games played in 2020, Jones had an improved 16 turnovers with Quarterbacks such as Russell Wilson and Kirk Cousins with more turnovers. Jones also has played alongside one of the worst offensive lines in the NFL, Jones was sacked a 4th most 45 times. Despite offensive troubles, Jones finished top 20 in passing yards and top 15 in fewest interceptions in 2020. New York had one of the best defenses last season, a healthy Saquon Barkley and another weapon at Wide Receiver could make all the difference. The Giants have to continue to put pieces around Jones as they can potentially make it into the playoffs next season, being in the worst division in football and having a head coach return for his second season. A step in the right direction for Jones, watch out as they may become the NFC East Champions next season. 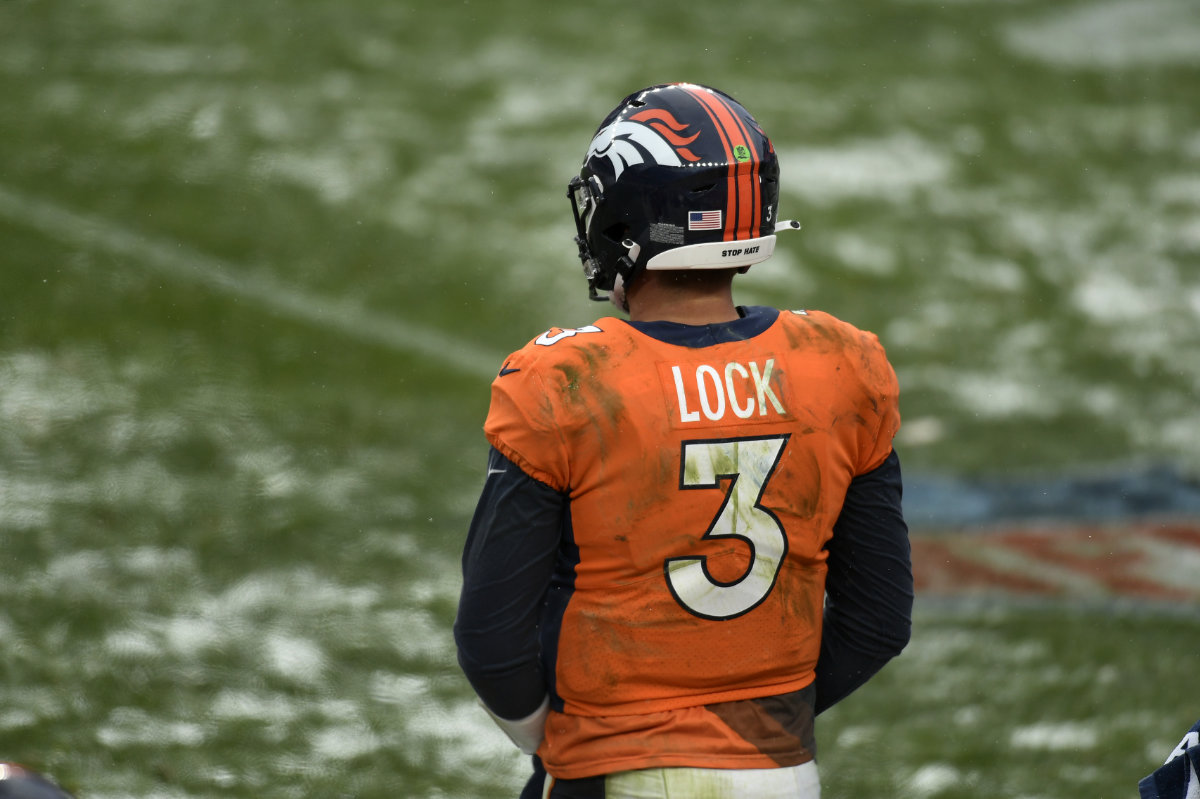 Drew Lock instantly became a fan favorite in Denver last season, showing up on the scene going 4-1 in the final five games as a rookie. A young Quarterback with star power and unmatched swagger, Lock seemed to be the man in 2019, giving dire Broncos fans a Quarterback to get excited about. In an unexpected turn of events, 2020 was not what the Broncos had hoped to see. As the Broncos fell short in their first two games, losing by a combined seven points to begin the season. In week 2, Lock went down with a shoulder injury that sidelined him until week 6 as the Broncos were riddled with injuries all season on both sides of the ball. Lock came back in week 6 to face the New England Patriots. In a sloppy game, the Broncos eventually won despite not scoring a touchdown. Two late interceptions by Lock gave the Patriots a chance to come back but the Broncos defense shut down Cam Newton’s Patriots. Making Lock the youngest Quarterback to beat a Bill Belichick Patriots team in New England. The Denver Broncos would end up going 4-9 when Lock started in 2020.

A season that saw many rough patches as a team facing injuries, but there were some bright spots for Drew Lock. One of those performances being a 21 point comeback victory against the division-rival Los Angeles Chargers. Where Lock threw for 248 yards and three touchdown passes, one of which would be a game-winning toss to rookie K. J. Hamler in the final seconds. Another great performance came against the Carolina Panthers on the road where Lock completed %77 percent of his passes for 280 yards, four touchdowns, and zero picks. Awarding Lock as the FedEx Air Player of the week in a 32-27 victory. Lock took a step back from his rookie season, sophomore slumps are not uncommon with young Quarterbacks. The NFL has seen Quarterbacks like Baker Mayfield and Dak Prescott do the same in years past.

This is nothing to be seriously worried about, as Drew Lock has plenty of weapons waiting on him in 2020. Unlike Daniel Jones, there are pieces already placed around him that are recipes for success. Next season Lock has his offensive coordinator and head coach returning, hopefully meaning he gets more familiar with the Broncos system. With better decision making and familiarity with the offense, Denver offensively should be improved in 2020, but they must prove it especially, playing in a difficult division in order to have a shot for a playoff spot. Denver led the NFL in turnovers in 2020, as Lock led the NFL with 15 interceptions, playing like that hardly gives Denver a chance to win games. Only time will tell if Lock is truly the franchise Quarterback Denver has desperately searched for years. Lock has to prove himself in 2021 as “that guy” Denver wants to stick with for many years down the line.

NFL Standings Predictions for the 2022-2023 Season

The Chronicles of NFL Rookie Quarterbacks, Past and Present