Leadership is a word that is thrown around nowadays and everyone seems to want to find who the next great leader will be. As a college football coach, I am constantly attempting to find ways to lead my young group of men. However, does anyone ever ask the players what leadership means to them, or what type of leadership they respond to the best? Believe it or not, collegiate student-athletes are extremely intelligent and know exactly what they want in a leader. In fact, the football players at the University of Jamestown know exactly what they are looking for. It is quite interesting when you begin to look at it.

"with the natural one wants to serve, to serve first. Then conscious choice brings one to aspire to lead. The difference manifests itself in the care taken by the servant—make sure that other people’s highest priority needs are being served. The best test is: Do those served grow as persons; do they, while being served, become healthier, wiser, freer, more autonomous, more likely themselves to become servants? And, the effect on the least privileged in society? Will they benefit or at least not be further deprived?" 1 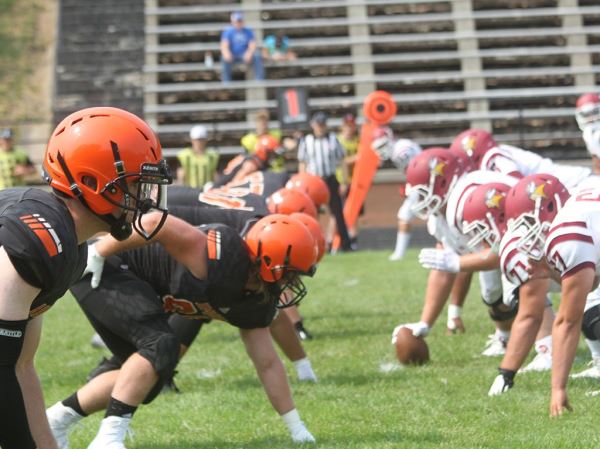 The purpose of being a servant leader to put your followers in the forefront and put their needs before your wants. I believe Greenleaf does a great job of setting the stage of what it means to be a servant leader and notice exactly what it means. When a leader has the ability to help groom their followers into leaders that is when you can truly see the impact they had.

In an interview with Noah Sloka, current Wide Receiver for the University of Jamestown, some profound answers were realized. Here is a transcript of some of the questions.

Question: "What is the most effective leadership to you?"

Noah: "Being someone who leads by example and isn’t fake when they talking to you. A lot of times you’ll see someone who just screams and yell. But they aren’t authentic. Also putting the team first is important, the greater benefit of the team is the most important thing."

Question: "Name the top leadership traits you look for?"

Question: "Who is someone you consider a mentor?"

Noah: "I consider my grandfather a mentor. He had a huge impact on who I am today. He always pushed me to be who I am. He was always there whether it was good or bad. He placed a big emphasis on education. He was a firm believer in you’re either a part of the solution or problem. So, be an active member and engaged in everything you do."

Question: "What would you say your leadership style is?"

Noah: "I like to think I’m hard working, no one is going to outwork me. I am extremely authentic to who I am, I’m from Garrison, North Dakota if I try to act like my other teammates from the city then they’d be able to tell. My dad always tells me to 'be where my feet are'. I embrace my role and love to be a part of something bigger than myself. Even if that means I need to sacrifice playing time."

Question: "Last question, what is one thing that you do as a leader to foster the relationship between you and the younger players on the team?"

Noah: "I try to give them one on one attention. I don’t believe that you have to yell at someone to be a leader. Sometimes you need to pull them aside and genuinely tell them what they need to do. Even if it’s just a brief conversation, the fact that someone takes the time out of their day to talk to them can make a difference." 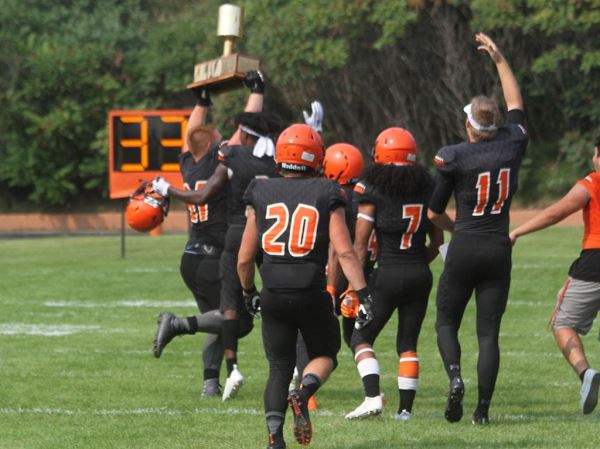 Authentic is the word that stuck out to me the most during this interview with Noah. I found this quite intriguing, college athletes don’t want to be led by fake individuals. This answer was shocking, to say the least, at times I feel that this trait is one that gets discussed and instead academics will focus on other aspects such as transformational or democratic styles but being an authentic leader is so important.

The second phrase that caught my eye was "be where your feet are." This quote speaks so much to me and to leadership. Sometimes as coaches we get caught up in preparing for the future and recruiting future student-athletes that we tend to forget where our feet are per se. This is important because student-athletes can tell when someone isn't necessarily all there. The art of being in the present is so important nowadays. This can make or break yourself as a leader. One thing that Noah expressed to me once the interview had concluded is that he really responded well to always being coached, he said that is what made him stay and not forget where he came from.