Looking Back at Old Sports Games and Gadgets

For sports fans that aren’t at the stadium or in an arena watching their favorite teams in action then perhaps they are playing a sport of their choice. It seems these days more kids and teenagers and even some adults alike aren’t on the playing fields of a particular sport but rather in front of a television or computer screen playing a sports game using Xbox or maybe a PlayStation.

As I grew up in the 1970s such devices didn’t exist. Therefore, in my neighborhood it was either playing sports outside or in my case, playing a sport using one of the popular board games or handheld devices of the day. My first love was baseball and when playing pickup baseball outdoors I can remember imitating Willie Stargell’s windup swing or the bat position of Bobby Tolan holding my bat way up high. There was Joe Morgan’s chicken flapping-wing before swinging the bat and attempting over the shoulder catches on fly balls like the late great Roberto Clemente used to do.

If none of my neighborhood friends were around to play ball with, then available was the “Pitch Back” device endorsed by Hank Aaron. This was simply a metal frame with a net attached to the inside that would allow you to throw a baseball into it and the result was a return fly ball traveling only as hard as you threw the ball into the netting. I spent hours just having fun throwing and catching a baseball using the Pitch Back. I also used the divider between my father’s two-car garage that was made of brick but using a rubber ball or tennis ball to create the same result. 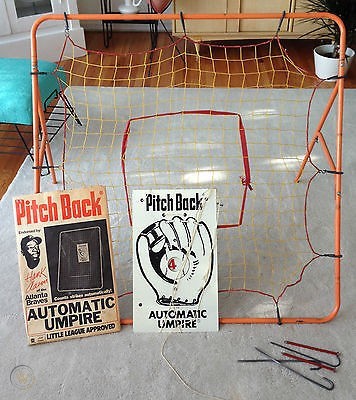 If not outside playing ball, being such a huge baseball fan I would sit at a table in my house and play one of several baseball board games. My favorite was one called “Longball” which was theoretically based on real statistics from Major League Baseball. You could put your favorite team against another by creating all-star teams. Along with the cards that came with the game, the results were based on a combination of stats and a roll of the dice. 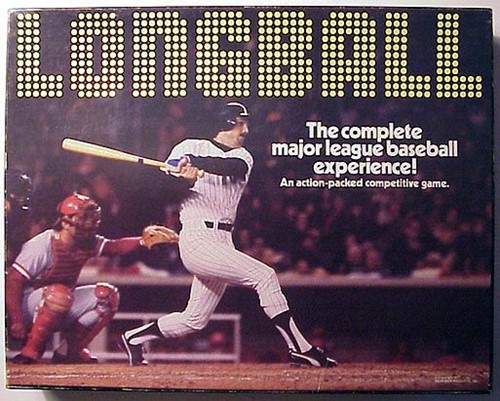 Rivaling Longball was a game still being produced today which is “Strat-O-Magic”. Not just baseball but the company also produced the game for other sports. With these games, you also did not need another person to play. So for hours I would sit at a table and play simulated baseball games. I played so many times, I can remember that I memorized nearly every Major League Baseball team roster. Growing up in Pittsburgh naturally I remember the Pirates the most but one memory that sticks with me is the Los Angeles Dodgers infield that had the same players for so many years in a row. Ron Cey at third base, Bill Russell at shortstop, Davey Lopes at second base, Steve Garvey at first base and Steve Yeager catching.

For the Bucs, Willie Stargell was a mainstay in left field and Al “Scoops” Oliver manned center. The great Roberto Clemente was in the right field with big Bob Robertson at first. Richie Hebner and Jose Pagan manned the hot corner and sharing shortstop was a combination of Jackie Hernandez and Gene Alley. The second base rotation was Bill Mazeroski, Dave Cash, and Rennie Stennett and the smiling Manny Sanguillen was the primary catcher backed up by Milt May and Charlie Sands. These players made up the 1971 World Series championship team Pittsburgh had when they defeated the Baltimore Orioles in seven games.

But it was Longball and Strat-O-Matic that forged my knowledge of baseball and the players that made up the teams of the 1970s and fans today either don’t realize or recognize the rich history of baseball that came before the 1990s. As indicated, today sports games are all about the Playstations and XBoxes that attempt to give players the sensation they are actually the athletes performing on the field. For me, knowledge of the game should come before having the skill to operate a controller.

Looking back, we had games in the 70s that are now an afterthought. How many remember “Mattel Electronic Football?” The device was a small fit in your hand electronic football game that consisted of nothing more than some buttons to push and some small green lines moving across the very small screen that was in the shape of a football field. The game was a smash when it came out and was all the rage and you would often find it in the hands of kids even while in school. 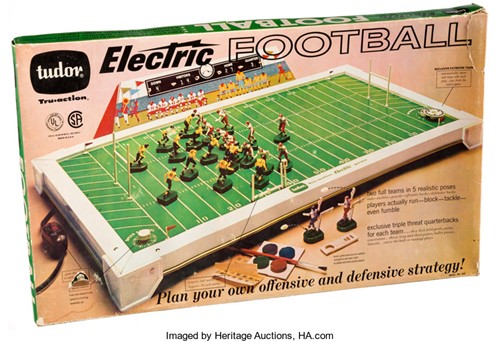 If the sports board games were not enough along came the electronic games that made Mattel’s version seem like a dinosaur. Another game that became extremely popular and is still around today is electronic football. If you’ve never experienced the game, your first encounter would probably make you laugh and scratch your head. It’s basically a metal football field that after setting up your 11 offensive and defensive toy players, the field was electronically turned on and it causes a vibration forcing the small plastic players to move around the field and the hope is the one designated to have the ball would make its way upfield to score a touchdown. The game is quite ridiculous.

If electronic football isn’t and wasn’t bad enough, Mattel then came up with “Talking Baseball.” With this game, you were provided small little discs that looked like phonographs and when placed in the disc player provided, you would hear an announcer giving you the result of the play. I believe there were also games of this sort for other sports as well. 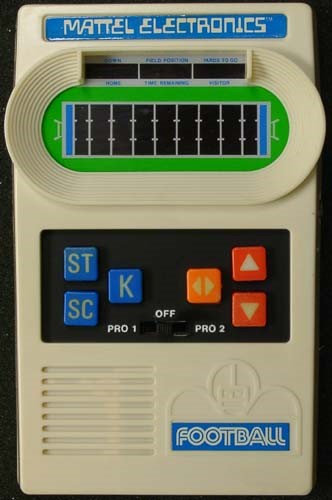 A few other table games that are still popular today are “Foosball” and soccer game that you had to have two players or more to play and reaction time is critical in this game as well as good reflexes that are mirrored in the table game of “air hockey.” Let’s get out of the house and go back outside dropping the table games. If not playing pickup baseball, in our neighborhood as I’m sure in many others around the country, street hockey was a favorite. Not on roller blades, not on ice skates, but just running between goals with sneakers on. We used a hard round ball and everyone had their own hockey stick. 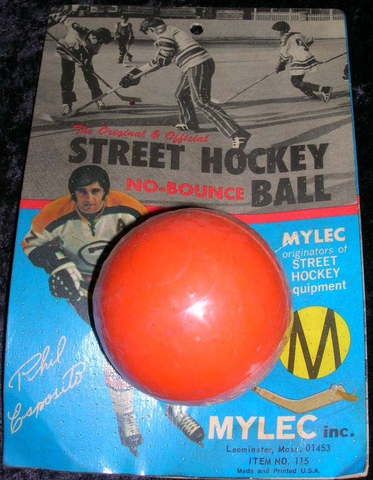 Our goalie on one end was a kid from one street down that would come fully equipped with pads and a mask. We had one kid on the street, George Reed, who was that neighborhood hockey star with a slap shot that struck fear in everyone. When George wound up, the seas parted and everyone got out of the way. George would play the real game of hockey and eventually coach in it too.

Nerf footballs became a big thing back then and I used to love throwing the “Vortex” model that was endorsed later by John Elway because that sucker could be thrown extremely far even if you didn’t have a strong arm. Outdoors was the place to be perhaps because we didn’t have the computers and electronic games like they have today. If we weren’t playing sports, then perhaps we were flying kites which was immensely popular back then as were the rockets that could be set off to fly high into the sky. They even made some that you could collect insects and put them in the see-through capsule to send them off into space and see if they returned alive. 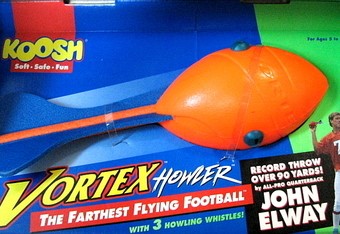 The 1970s were a great time to grow up. We were forced to find or create our own entertainment with the absence of computers and absolutely no cell phones around. Not having cell phones makes me try to recall how we kept in touch with our parents as we were permitted to roam free at the time as long we were home in time for dinner. You certainly can’t have that these days. Some may not be able to relate to this story of reminiscing about things that have been gone and forgotten for over 40 years but for those growing up in the era I did, they can recall how much fun it was back then and the games and toys we had to keep us entertained. For that group of people, you might remember Yo-Yos? “Klik Klaks?” With that toy, I remember clearly not operating it correctly and smacking my knuckles and it hurt! Just Google 1970s toys and games and you might appreciate what we had!